Memory Speaks:
On Losing and Reclaiming Language and Self

in conversation with KATHERINE D. KINZLER

Harvard Book Store's virtual event series welcomes JULIE SEDIVY—science writer, linguist, and author of Language in Mind: An Introduction to Psycholinguistics—for a discussion of her latest book, Memory Speaks: On Losing and Reclaiming Language and Self. She will be joined in conversation by KATHERINE D. KINZLER, a Professor and Chair of the Department of Psychology at the University of Chicago and author of How You Say It: Why We Judge Others by the Way They Talk—and the Costs of This Hidden Bias.

While payment is not required, we are suggesting a $5 contribution to support this author series, our staff, and the future of Harvard Book Store—a locally owned, independently run Cambridge institution. In addition, by purchasing a copy of Memory Speaks on harvard.com, you support indie bookselling and the writing community during this difficult time.

As a child Julie Sedivy left Czechoslovakia for Canada, and English soon took over her life. By early adulthood she spoke Czech rarely and badly, and when her father died unexpectedly, she lost not only a beloved parent but also her firmest point of connection to her native language. As Sedivy realized, more is at stake here than the loss of language: there is also the loss of identity.

Language is an important part of adaptation to a new culture, and immigrants everywhere face pressure to assimilate. Recognizing this tension, Sedivy set out to understand the science of language loss and the potential for renewal. In Memory Speaks, she takes on the psychological and social world of multilingualism, exploring the human brain’s capacity to learn—and forget—languages at various stages of life. But while studies of multilingual experience provide resources for the teaching and preservation of languages, Sedivy finds that the challenges facing multilingual people are largely political. Countering the widespread view that linguistic pluralism splinters loyalties and communities, Sedivy argues that the struggle to remain connected to an ancestral language and culture is a site of common ground, as people from all backgrounds can recognize the crucial role of language in forming a sense of self.

Distinctive and timely, Memory Speaks combines a rich body of psychological research with a moving story at once personal and universally resonant. As citizens debate the merits of bilingual education, as the world’s less dominant languages are driven to extinction, and as many people confront the pain of language loss, this is badly needed wisdom.

“In this insightful and informative analysis, Julie Sedivy examines what happens to memory, dreams, and even the sense of self when you enter another language. It is a book which speaks to the condition of countless people who have changed language and culture in our globalized world.” —Eva Hoffman, author of Lost in Translation: A Life in a New Language

“Julie Sedivy’s book is not just a study of what it means to cradle more than one language or more than one culture, perhaps even more than one identity—it is a profound elegy to memories that endure despite displacement and the many time zones that define our lives.” —André Aciman, author of Homo Irrealis: Essays

“At last, a go-to book on bilingualism and why it matters. One part science and one part personal history, Sedivy’s book guides us through the eternal question of how we handle two or more languages. It leaves us monolinguals looking deprived rather than as the default.” —John H. McWhorter, author of Nine Nasty Words: English in the Gutter—Then, Now, and Forever 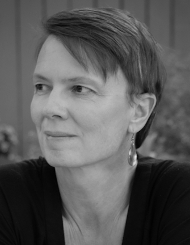 Julie Sedivy has taught linguistics and psychology at Brown University and the University of Calgary. She is the author of Language in Mind: An Introduction to Psycholinguistics and coauthor of Sold on Language: How Advertisers Talk to You and What This Says about You. 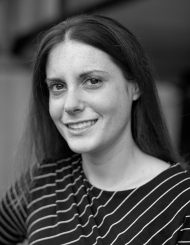 Katherine D. Kinzler is a Professor and Chair of the Department of Psychology at the University of Chicago. She completed her Ph.D. at Harvard in Psychology and her B.A. at Yale in Cognitive Science, and she was a Fulbright Scholar. Her work has appeared regularly in the New York Times and other outlets, and she was named a “Young Scientist” by the World Economic Forum. Her research has been funded by the National Institutes of Health and the National Science Foundation.  Her book How You Say It exposes linguistic prejudice.