After the Gig:
How the Sharing Economy Got Hijacked and How to Win It Back

in conversation with VEENA DUBAL

Harvard Book Store's virtual event series welcomes JULIET B. SCHOR—professor of sociology at Boston College and author of the bestselling book The Overworked American: The Unexpected Decline of Leisure—for a discussion of her latest book, After the Gig: How the Sharing Economy Got Hijacked and How to Win It Back. She will be joined in conversation by VEENA DUBAL, Professor of Law at the University of California's Hastings College of Law.

While payment is not required, we are suggesting a $3 contribution to support this author series, our staff, and the future of Harvard Book Store—a locally owned, independently run Cambridge institution. In addition, by purchasing a copy of After the Gig on harvard.com, you support indie bookselling and the writing community during this difficult time.

About After the Gig

When the “sharing economy” launched a decade ago, proponents claimed that it would transform the experience of work—giving earners flexibility, autonomy, and a decent income. It was touted as a cure for social isolation and rampant ecological degradation. But this novel form of gig work soon sprouted a dark side: exploited Uber drivers, neighborhoods ruined by Airbnb, racial discrimination, and rising carbon emissions. Several of the most prominent platforms are now faced with existential crises as they prioritize growth over fairness and long-term viability.

Nevertheless, the basic model—a peer-to-peer structure augmented by digital tech—holds the potential to meet its original promises. Based on nearly a decade of pioneering research, After the Gig dives into what went wrong along the way to this contemporary reimagining of labor. The book examines multiple types of data from thirteen cases to identify the unique features and potential of sharing platforms that prior research has failed to identify. Juliet B. Schor presents a compelling case that we can engineer a reboot: through regulatory reforms and cooperative platforms owned and controlled by users, an equitable and actual sharing economy is still possible.

Praise for After the Gig

"Juliet Schor and her team have done something extraordinary: their intensive research has let them understand what the sharing economy really feels like to its participants, and their storytelling ability lets the rest of us make complete sense of the data. In addition, they provide a workable plan for how to fulfill the promise of gig work as a part of a supportive, useful, fair economy. This book will redefine the field." —Bill McKibben, author of Deep Economy

"Juliet Schor and her team have created the most comprehensive and in-depth account of the ’sharing economy’ or ‘gig economy.’ This book critically tells the story of how and why this troubling, insecure model of work rose and attracted so much investment, so many workers, and so many customers." —Siva Vaidhyanathan, author of The Googlization of Everything—and Why We Should Worry

"After the Gig is a revelatory analysis of work in the emerging economy. Juliet Schor and her collaborators draw on years of in-depth research to show the extraordinary things that can happen when communities genuinely share valuable tasks, and also what happens when corporations turn potentially emancipatory practices into tools of exploitation. Essential reading for anyone trying to understand the future of labor." —Eric Klinenberg, author of Palaces for the People: How Social Infrastructure Can Help Fight Inequality, Polarization, and the Decline of Civic Life 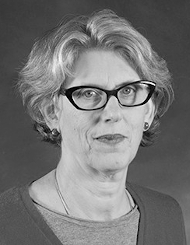 Juliet B. Schor is an economist and sociologist, and a New York Times bestselling author. She teaches at Boston College and cochairs the board of directors of the Better Future Project. 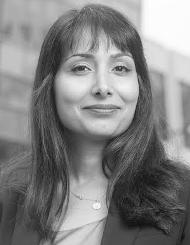 Professor Veena Dubal is an award-winning scholar whose research focuses on the intersection of law, technology, and precarious work. Within this broad frame, she uses empirical methodologies and critical theory to understand (1) the impact of digital technologies and emerging legal frameworks on the lives of workers, (2) the co-constitutive influences of law and work on identity, and (3) the role of law and lawyers in solidarity movements. Complementing her academic scholarship, Professor Dubal’s writing has also been published in The Los Angeles Times, The Guardian, and Slate.