Editing Humanity:
The CRISPR Revolution and the New Era of Genome Editing

in conversation with ANDREW BERRY

Harvard Book Store's virtual event series, the Harvard University Division of Science, and the Harvard Library welcome KEVIN DAVIES—executive editor of The CRISPR Journal and co-author of DNA: The Story of the Genetic Revolution—for a discussion of his latest book, Editing Humanity: The CRISPR Revolution and the New Era of Genome Editing. He will be joined in conversation by ANDREW BERRY, lecturer on on Organismic & Evolutionary Biology at Harvard and co-author of DNA: The Secret of Life.

While payment is not required, we are suggesting a $3 contribution to support this author series, our staff, and the future of Harvard Book Store—a locally owned, independently run Cambridge institution. In addition, by purchasing a copy of Editing Humanity on harvard.com, you support indie bookselling and the writing community during this difficult time.

If our genes are, to a great extent, our destiny, then what would happen if mankind could engineer and alter the very essence of our DNA coding? Millions might be spared the devastating effects of hereditary disease or the challenges of disability, whether it was the pain of sickle-cell anemia to the ravages of Huntington’s disease.

But this power to “play God” also raises major ethical questions and poses threats for potential misuse. For decades, these questions have lived exclusively in the realm of science fiction, but as Kevin Davies powerfully reveals in his new book, this is all about to change.

Engrossing and page-turning, Editing Humanity takes readers inside the fascinating world of a new gene editing technology called CRISPR, a high-powered genetic toolkit that enables scientists to not only engineer but to edit the DNA of any organism down to the individual building blocks of the genetic code.

Davies introduces readers to arguably the most profound scientific breakthrough of our time. He tracks the scientists on the front lines of its research to the patients whose powerful stories bring the narrative movingly to human scale.

Though the birth of the “CRISPR babies” in China made international news, there is much more to the story of CRISPR than headlines seemingly ripped from science fiction. In Editing Humanity, Davies sheds light on the implications that this new technology can have on our everyday lives and in the lives of generations to come.

“With great reporting and deep knowledge, the science journalist Kevin Davies takes us to all of the frontlines of CRISPR research, from gene editing to improved agriculture. It’s the scientific revolution of our era, and Davies gives us a closeup view of all of the important players and exciting discoveries.” —Walter Isaacson

"Davies recounts the history of CRISPR with detailed yet breezy prose. He digs deep into this history with a journalist's relish." —Carl Zimmer, New York Times

"In Editing Humanity, Kevin Davies attempts to illuminate the twists and turns of the CRISPR journey . . . The result is both a historical record and a map, inviting readers to learn from the past to navigate the present." —Natalie Kofler, Nature 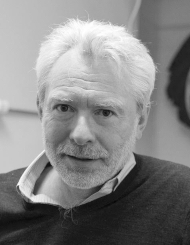 Born in London, Andrew Berry has a degree in zoology from Oxford University and a PhD in evolutionary genetics from Princeton University. He was a Harvard Junior Fellow, and is currently Lecturer on Organismic & Evolutionary Biology at Harvard. Combining the techniques of field biology with those of molecular biology, Berry’s work has been a search for evidence at the DNA level of Darwinian natural selection. Berry is the editor of a collection of the writings of Alfred Russel Wallace, the Victorian biologist who, with Charles Darwin, co-discovered natural selection; and the author, with James D. Watson, of an account of the history and impact of modern genetics published to mark the 50th anniversary of the discovery of the double helix. 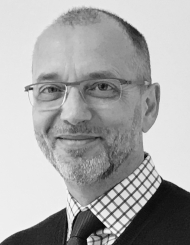 Kevin Davies is the executive editor of The CRISPR Journal and the founding editor of Nature Genetics. He holds an MA in biochemistry from the University of Oxford and a PhD in molecular genetics from the University of London. He is the author of Cracking the Genome, The $1,000 Genome, and co-authored a new edition of DNA: The Story of the Genetic Revolution with Nobel Laureate James D. Watson and Andrew Berry. In 2017, Kevin was selected for a Guggenheim Fellowship in science writing.