Justice on the Brink:
The Death of Ruth Bader Ginsburg, the Rise of Amy Coney Barrett, and Twelve Months That Transformed the Supreme Court

in conversation with EVAN THOMAS

Harvard Book Store's virtual event series welcomes Pulitzer Prize–winning Supreme Court reporter LINDA GREENHOUSE for a discussion of her latest book, Justice on the Brink: The Death of Ruth Bader Ginsburg, the Rise of Amy Coney Barrett, and Twelve Months That Transformed the Supreme Court. She will be joined in conversation by acclaimed correspondent EVAN THOMAS, the New York Times bestselling author of John Paul Jones, Sea of Thunder, and Being Nixon.

While payment is not required, we are suggesting a $5 contribution to support this author series, our staff, and the future of Harvard Book Store—a locally owned, independently run Cambridge institution. In addition, by purchasing a copy of Justice on the Brink on harvard.com, you support indie bookselling and the writing community during this difficult time.

About Justice on the Brink

At the end of the Supreme Court’s 2019–20 term, the center was holding. The predictions that the court would move irrevocably to the far right hadn’t come to pass, as the justices released surprisingly moderate opinions in cases involving abortion rights, LGBTQ rights, and how local governments could respond to the pandemic, all shepherded by Chief Justice John Roberts. By the end of the 2020–21 term, much about the nation’s highest court has changed. The right-wing supermajority had completed its first term on the bench, cementing Donald Trump’s legacy on American jurisprudence.

This is the story of that term. From the death of Ruth Bader Ginsburg to the rise of Amy Coney Barrett, from the pandemic to the election, from the Trump campaign’s legal challenges to the ongoing debate about the role of religion in American life, the Supreme Court has been at the center of many of the biggest events of the year. Throughout Justice on the Brink, legendary journalist Linda Greenhouse, who won a Pulitzer Prize for her Supreme Court coverage, gives us unique insight into a court under stress, providing the context and brilliant analysis readers of her work in the New York Times have come to expect.

Ultimately, Greenhouse asks a fundamental question relevant to all Americans: Is this still John Roberts’s Supreme Court, or does it now belong to Donald Trump?

Praise for Justice on the Brink

“Linda Greenhouse has written what is, hands down, the best book about the Supreme Court, its inner dynamics, and its place in the nation’s political and social life at least since Alexander Bickel’s classic, The Least Dangerous Branch, written in 1962. Choosing this pivotal moment in the flow of America’s history to open a revealing window into the history and workings of our highest court and a peek into its future and our own was a stroke of genius. Her account of the court from the death of Ruth Ginsburg to the rise of Amy Barrett moves at the pace of a thriller and teaches more about the court as an institution and the law as a discipline than any book of its length has any right to do.” —Laurence H. Tribe, Carl M. Loeb University Professor and Professor of Constitutional Law Emeritus, Harvard Law School

“Linda Greenhouse’s surpassing ability to decode the Supreme Court and consummate storytelling illuminate a truly watershed year. This is the book to read and reread for anyone wanting to understand what lies behind this pivotal time for American law and the legitimacy of American institutions.” —Martha Minow, 300th Anniversary University Professor, Harvard University, and former dean, Harvard Law School

“Linda Greenhouse is a kind of Gibbon of the Supreme Court, a chronicler of such perception and such depth that it is difficult to imagine how we could understand this vital and opaque institution without her. As Americans, we are nearly overwhelmed by coverage of the presidency and of the Congress, but the court remains stubbornly elusive—except to Greenhouse.” —Jon Meacham, winner of the Pulitzer Prize 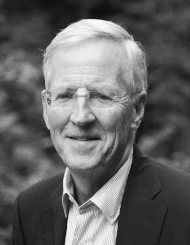 Evan Thomas is the author of ten books, including the New York Times bestselling John Paul Jones, Sea of Thunder, and Being Nixon. Thomas was a writer, correspondent, and editor for thirty-three years at Time and Newsweek, including ten years as Washington bureau chief at Newsweek, where, at the time of his retirement in 2010, he was editor at large. He appears on many TV and radio talk shows, including Meet the Press and Morning Joe. Thomas has taught writing and journalism at Harvard and Princeton, where, from 2007-14, he was Ferris Professor of Journalism. 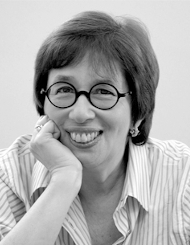 Linda Greenhouse has reported on and written about the Supreme Court for the New York Times for more than four decades, earning numerous accolades including a Pulitzer Prize. She currently writes a biweekly column on the Court and teaches at Yale Law School. She lives in New Haven, CT, and Stockbridge, MA.