The Free World:
Art and Thought in the Cold War

in conversation with DAVID LEONARD

Harvard Book Store and the Boston Public Library welcome LOUIS MENAND—the Anne T. and Robert M. Bass Professor of English at Harvard University and author of the Pulitzer Prize–winning The Metaphysical Club—for a discussion of his latest, highly anticipated book, The Free World: Art and Thought in the Cold War. He will be joined in conversation by Boston Public Library President DAVID LEONARD.

While payment is not required, we are suggesting a $5 contribution to support this author series, our staff, and the future of Harvard Book Store—a locally owned, independently run Cambridge institution. In addition, by purchasing a copy of The Free World on harvard.com, you support indie bookselling and the writing community during this difficult time.

About The Free World

The Cold War was not just a contest of power. It was also about ideas, in the broadest sense—economic and political, artistic and personal. In The Free World, the acclaimed Pulitzer Prize–winning scholar and critic Louis Menand tells the story of American culture in the pivotal years from the end of World War II to Vietnam and shows how changing economic, technological, and social forces put their mark on creations of the mind.

How did elitism and an anti-totalitarian skepticism of passion and ideology give way to a new sensibility defined by freewheeling experimentation and loving the Beatles? How was the ideal of “freedom” applied to causes that ranged from anti-communism and civil rights to radical acts of self-creation via art and even crime? With the wit and insight familiar to readers of The Metaphysical Club and his New Yorker essays, Menand takes us inside Hannah Arendt’s Manhattan, the Paris of Jean-Paul Sartre and Simone de Beauvoir, Merce Cunningham and John Cage’s residencies at North Carolina’s Black Mountain College, and the Memphis studio where Sam Phillips and Elvis Presley created a new music for the American teenager. He examines the post war vogue for French existentialism, structuralism and post-structuralism, the rise of abstract expressionism and pop art, Allen Ginsberg’s friendship with Lionel Trilling, James Baldwin’s transformation into a Civil Right spokesman, Susan Sontag’s challenges to the New York Intellectuals, the defeat of obscenity laws, and the rise of the New Hollywood.

Stressing the rich flow of ideas across the Atlantic, he also shows how Europeans played a vital role in promoting and influencing American art and entertainment. By the end of the Vietnam era, the American government had lost the moral prestige it enjoyed at the end of the Second World War, but America’s once-despised culture had become respected and adored. With unprecedented verve and range, this book explains how that happened.

Praise for The Free World

“Louis Menand’s The Free World is at once an astonishing work of history and criticism and an essential road map to the middle decades of the twentieth century, from Sartre, Trilling, and Mailer to Sontag, Rauschenberg, and Baldwin. Every page is bracing; the whole amounts to an epic. In a landmark study of a time when art and ideas mattered, Menand’s very act of interpretation, the book itself, shows why they still do.” —Jill Lepore, author of These Truths: A History of the United States

“This sweeping intellectual and cultural history resembles one of those vast Renaissance paintings that lets you see simultaneously both the curvature of the earth and the buttons on the soldiers’ uniforms. Louis Menand’s cast of characters and range of interests are enormous, from Allen Ginsberg to Zbigniew Brzezinski, from Hannah Arendt’s affair with Martin Heidegger to Elvis Presley’s ‘Hound Dog.’ But coursing through this vast panorama is a sustained reflection on the hidden relation between global politics and the life of the mind.” —Stephen Greenblatt, author of Tyrant and The Swerve: How the World Became Modern

“What do Richard Wright, Betty Friedan, and Elvis Presley have in common? They are all pieces in the giant puzzle masterfully assembled by Louis Menand in this magnum opus. The result is a dazzling panorama of the Cold War but also a captivating case study in Menand’s great subject: how art and ideas matter in the world. A thinking person’s page-turner.” —Martin Puchner, author of The Written World 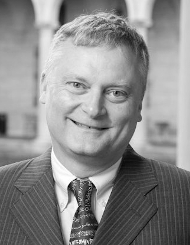 David Leonard, President of the Boston Public Library, leads the 170-year old institution, one of Boston’s great educational, cultural and civic treasures. David began working at the BPL in 2009, bringing a wealth of experience from the technology, management and consulting fields. Appointed president by the Library’s Board of Trustees and Mayor Martin J. Walsh in June 2016, David’s focus is on developing the BPL as a twenty first century institution providing dynamic library experiences to the residents of Boston, of Massachusetts and beyond. 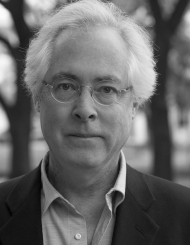 Louis Menand is Lee Simpkins Family Professor of Arts and Sciences and Anne T. and Robert M. Bass Professor of English at Harvard University. He is the author of several books, including The Marketplace of Ideas (2010) and The Metaphysical Club, which won the 2002 Pulitzer Prize in History. He is also a longtime staff writer for The New Yorker.

Established in 1848 by an act of the Great and General Court of Massachusetts, the Boston Public Library (BPL) was the first large free municipal library in the United States. The mission of the Library is focused on four core areas: reading and literacy, spaces and programs, reference and instruction, and special collections and cultural heritage. Our commitment to be ‘Free to All’ is carved into the façade of the Central Library in Copley Square, and we are proud to welcome everyone equally regardless of gender, race, national origin, sexual orientation, faith, or economic status. For more information, visit: https://www.bpl.org/about-us/