Friends and Strangers:
A Novel

While payment is not required, we are suggesting a $5 contribution to support this author series, our staff, and the future of Harvard Book Store—a locally owned, independently run Cambridge institution. In addition, by purchasing copies of Great Circle and Friends and Strangers on harvard.com, you support indie bookselling and the writing community during this difficult time.

After being rescued as infants from a sinking ocean liner in 1914, Marian and Jamie Graves are raised by their dissolute uncle in Missoula, Montana. There—after encountering a pair of barnstorming pilots passing through town in beat-up biplanes—Marian commences her lifelong love affair with flight. At fourteen she drops out of school and finds an unexpected and dangerous patron in a wealthy bootlegger who provides a plane and subsidizes her lessons, an arrangement that will haunt her for the rest of her life, even as it allows her to fulfill her destiny: circumnavigating the globe by flying over the North and South Poles.

A century later, Hadley Baxter is cast to play Marian in a film that centers on Marian's disappearance in Antarctica. Vibrant, canny, disgusted with the claustrophobia of Hollywood, Hadley is eager to redefine herself after a romantic film franchise has imprisoned her in the grip of cult celebrity. Her immersion into the character of Marian unfolds, thrillingly, alongside Marian's own story, as the two women's fates—and their hunger for self-determination in vastly different geographies and times—collide. Epic and emotional, meticulously researched and gloriously told, Great Circle is a monumental work of art, and a tremendous leap forward for the prodigiously gifted Maggie Shipstead.

About Friends and Strangers

Elisabeth, an accomplished journalist and new mother, is struggling to adjust to life in a small town after nearly twenty years in New York City. Alone in the house with her infant son all day (and awake with him much of the night), she feels uneasy, adrift. She neglects her work, losing untold hours to her Brooklyn moms' Facebook group, her "influencer" sister's Instagram feed, and text messages with the best friend she never sees anymore.

Enter Sam, a senior at the local women's college, whom Elisabeth hires to babysit. Sam is struggling to decide between the path she's always planned on and a romantic entanglement that threatens her ambition. She's worried about student loan debt and what the future holds. In short order, they grow close. But when Sam finds an unlikely kindred spirit in Elisabeth's father-in-law, the true differences between the women's lives become starkly revealed and a betrayal has devastating consequences.

"The destinies of [Shipstead's] unforgettable characters intersect in ways that reverberate through a hundred years of story. Whether Shipstead is creating scenes in the Prohibition-era American West, in wartime London, or on a Hollywood movie set, her research is as invisible as it should be, allowing a fully immersive experience. Ingeniously structured and so damn entertaining; this novel is as ambitious as its heroines—but it never falls from the sky." —Kirkus Reviews [starred review]

Praise for Friends and Strangers

“Friends and Strangers is a smart and deeply compelling exploration of female friendship and the complicated politics of motherhood and childcare. J. Courtney Sullivan is a shrewd and sympathetic observer of our current cultural moment, with an unerring eye for the way that the unspoken realities of money and class can affect even our most intimate relationships.” —Tom Perrotta, bestselling author of The Leftovers

“J. Courtney Sullivan is a writer of extraordinary gifts, and this is her most affecting book yet, which I just wanted to keep reading and reading straight through to its climactic and emotional last pages, because its world felt completely realized, and completely real. Sullivan is a writer who offers up small human moments and large social ones, all within the frame of a truly good story. I loved it.” —Meg Wolitzer, bestselling author of The Female Persuasion 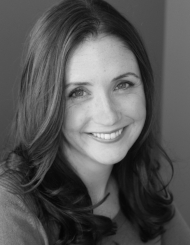 J. Courtney Sullivan is the New York Times bestselling author of the novels Commencement, Maine, The Engagements, Saints For All Occasions, and Friends and Strangers. Her work has been translated into 17 languages. Sullivan’s writing has appeared in the New York Times Book Review, Washington Post, Chicago Tribune, New York Magazine, Elle, Glamour, Allure, Real Simple, and O: The Oprah Magazine, among many others. She lives in Brooklyn, New York with her husband and two children. 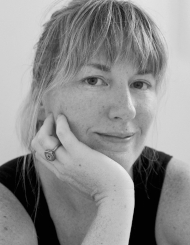 Maggie Shipstead is the New York Times-bestselling author of the novels Great Circle, Astonish Me, and Seating Arrangements, which won the Dylan Thomas Prize and the L.A. Times Book Prize for First Fiction. She is a graduate of Harvard and the Iowa Writers’ Workshop, a former Wallace Stegner Fellow at Stanford, and the recipient of a fellowship from the National Endowment for the Arts. A frequent contributor to travel magazines, she is often away from her home in Los Angeles.