A Descending Spiral:
Exposing the Death Penalty in 12 Essays

in conversation with STEPHEN B. BRIGHT

Harvard Book Store's virtual event series and The New Press welcome MARC BOOKMAN—the executive director of the Atlantic Center for Capital Representation—for a discussion of his latest book, A Descending Spiral: Exposing the Death Penalty in 12 Essays. He will be joined in conversation by STEPHEN B. BRIGHT, the Harvey L. Karp Visiting Lecturer in Law at Yale Law School and former director of the Southern Center for Human Rights.

While payment is not required, we are suggesting a $5 contribution to support this author series, our staff, and the future of Harvard Book Store—a locally owned, independently run Cambridge institution. In addition, by purchasing a copy of A Descending Spiral on harvard.com, you support indie bookselling and the writing community during this difficult time.

About A Descending Spiral

As Ruth Bader Ginsburg has noted, people who are well represented at trial rarely get the death penalty. But as Marc Bookman shows in a dozen brilliant essays, the problems with capital punishment run far deeper than just bad representation. Exploring prosecutorial misconduct, racist judges and jurors, drunken lawyering, and executing the innocent and the mentally ill, these essays demonstrate that precious few people on trial for their lives get the fair trial the Constitution demands.

Today, death penalty cases continue to capture the hearts, minds, and eblasts of progressives of all stripes—including the rich and famous (see Kim Kardashian’s advocacy)—but few people with firsthand knowledge of America’s “injustice system” have the literary chops to bring death penalty stories to life.

Enter Marc Bookman. With a voice that is both literary and journalistic, the veteran capital defense lawyer and seven-time Best American Essays “notable” author exposes the dark absurdities and fatal inanities that undermine the logic of the death penalty wherever it still exists. In essays that cover seemingly “ordinary” capital cases over the last thirty years, Bookman shows how violent crime brings out our worst human instincts—revenge, fear, retribution, and prejudice. Combining these emotions with the criminal legal system’s weaknesses—purposely ineffective, arbitrary, or widely infected with racism and misogyny—is a recipe for injustice.

Bookman has been charming and educating readers in the pages of The Atlantic, Mother Jones, and Slate for years. His wit and wisdom are now collected and preserved in A Descending Spiral.

Praise for A Descending Spiral

“In these remarkable essays, Bookman achieves a dispassion that is more incisive and compelling than any overt advocacy. His gift for exquisite irony and his spare, trenchant prose are the perfect tools for exposing the injustices of a legal system that kills haphazardly. Sharpest writing on the death penalty since Koestler and Camus.” —Anthony Amsterdam, university professor emeritus at New York University School of Law

“Bookman’s essays eloquently condemn capital punishment in America. They expose the cruelty and injustice that it imposes on the soul of America and point us toward a healing for which our country yearns.” —Alfre Woodard, actress, producer, and political activist

“Marc Bookman has been writing exquisitely about the cruelty and absurdity of our criminal justice system for years. In this moving series of essays, he weaves in the context and history of our barbaric capital punishment regime and the ways discrimination and bigotry have upheld the system that exists today. A devastating and illuminating book.” —Josie Duffy Rice, president, The Appeal 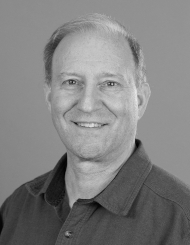 Marc Bookman is the executive director of the Atlantic Center for Capital Representation, a nonprofit that provides services for those facing possible execution. Before that he spent many years in the Homicide Unit of the Defender Association of Philadelphia. He has published essays in The Atlantic, Mother Jones, VICE, and Slate. 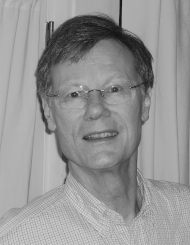 Stephen B. Bright is the Harvey L. Karp Visiting Lecturer in Law at Yale Law School. He served as director the Southern Center for Human Rights in Atlanta from 1982 to 2005, and as its president and senior counsel from 2006 to 2016. He has tried capital cases before juries in Alabama, Georgia and Mississippi, argued four capital cases before the Supreme Court, and argued many other cases before state and federal appellate courts. Subjects of his litigation, teaching and writing include capital punishment, legal representation for poor people accused of crimes, conditions and practices in prisons and jails, racial discrimination in the criminal justice system, and judicial independence.

Co-Sponsored by The New Press