The Horde:
How the Mongols Changed the World

Harvard Book Store's virtual event series welcomes MARIE FAVEREAU—associate professor of History at Paris Nanterre University and author of the graphic novel Genghis Khan—for a discussion of her latest book, The Horde: How the Mongols Changed the World.

While payment is not required, we are suggesting a $5 contribution to support this author series, our staff, and the future of Harvard Book Store—a locally owned, independently run Cambridge institution. In addition, by purchasing a copy of The Horde on harvard.com, you support indie bookselling and the writing community during this difficult time.

The Mongols are widely known for one thing: conquest. In the first comprehensive history of the Horde, the western portion of the Mongol empire that arose after the death of Chinggis Khan, Marie Favereau shows that the accomplishments of the Mongols extended far beyond war. For three hundred years, the Horde was no less a force in global development than Rome had been. It left behind a profound legacy in Europe, Russia, Central Asia, and the Middle East, palpable to this day.

Favereau takes us inside one of the most powerful sources of cross-border integration in world history. The Horde was the central node in the Eurasian commercial boom of the thirteenth and fourteenth centuries and was a conduit for exchanges across thousands of miles. Its unique political regime—a complex power-sharing arrangement among the khan and the nobility—rewarded skillful administrators and diplomats and fostered an economic order that was mobile, organized, and innovative. From its capital at Sarai on the lower Volga River, the Horde provided a governance model for Russia, influenced social practice and state structure across Islamic cultures, disseminated sophisticated theories about the natural world, and introduced novel ideas of religious tolerance.

The Horde is the eloquent, ambitious, and definitive portrait of an empire little understood and too readily dismissed. Challenging conceptions of nomads as peripheral to history, Favereau makes clear that we live in a world inherited from the Mongol moment.

Praise for The Horde

“Outstanding, original, and revolutionary. Favereau subjects the Mongols to a much-needed re-evaluation, showing how they were able not only to conquer but to control a vast empire. A remarkable book.” —Peter Frankopan, author of The Silk Roads

“It is far too often forgotten that Asia’s nomadic empires, from the Sogdians and Huns through the Parthians and Seljuks, were key drivers of greater Asia’s rich cultural diversity. This extraordinary book vividly details how the nomadic Mongols operated the largest empire of the premodern world, through practices that continue to shape today’s world.” —Parag Khanna, author of The Future Is Asian

“A deeply compelling, sympathetic, and highly engaging account of how the Horde was created and of its lasting impact on the evolution of what we now call ‘globalization.’ Favereau’s book will transform our understanding of world history.” —Anthony Pagden, author of Worlds at War 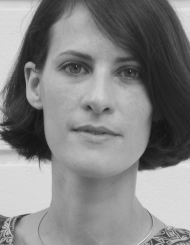 Marie Favereau is Associate Professor of History at Paris Nanterre University. She has been a member of the French Institute of Oriental Archaeology, a visiting scholar at the Institute for Advanced Study, and a research associate at the University of Oxford for the major project Nomadic Empires. Her books include La Horde d’Or et le sultanat mamelouk and the graphic novel Gengis Khan.