Galileo:
And the Science Deniers

Harvard Book Store's virtual event series, the Harvard University Division of Science, and the Cabot Science Library welcome renowned astrophysicist MARIO LIVIO—author of the award-winning The Golden Ratio: The Story of Phi, the World's Most Astonishing Number—for a discussion of his latest book, Galileo: And the Science Deniers.

While payment is not required, we are suggesting a $3 contribution to support this author series, our staff, and the future of Harvard Book Store—a locally owned, independently run Cambridge institution. In addition, by purchasing a copy of Galileo from our affiliate Bookshop page, you support indie bookselling and the writing community during this difficult time.

Galileo’s story may be more relevant today than ever before. At present, we face enormous crises—such as the minimization of the dangers of climate change—because the science behind these threats is erroneously questioned or ignored. Galileo encountered this problem 400 years ago. His discoveries, based on careful observations and ingenious experiments, contradicted conventional wisdom and the teachings of the church at the time. Consequently, in a blatant assault on freedom of thought, his books were forbidden by church authorities.

Astrophysicist and bestselling author Mario Livio draws on his own scientific expertise to provide captivating insights into how Galileo reached his bold new conclusions about the cosmos and the laws of nature. A freethinker who followed the evidence wherever it led him, Galileo was one of the most significant figures behind the scientific revolution. He believed that every educated person should know science as well as literature, and insisted on reaching the widest audience possible, publishing his books in Italian rather than Latin.

Galileo was put on trial with his life in the balance for refusing to renounce his scientific convictions. He remains a hero and inspiration to scientists and all of those who respect science—which, as Livio reminds us in this gripping book, remains threatened even today.

"It is fashionable to invoke Galileo on both sides of any debate to claim the mantle of truth. In Galileo: and the Science Deniers, Livio teaches us the method by which Galileo found the truth—a process more powerful than rhetoric—examination. Today more than ever we need to understand what made Galileo synonymous with finding the truth." —Adam Riess, Nobel Laureate in Physics

“One would have hoped that the Galileo story could be treated just as the fascinating history this book makes clear it is—but we really need this story now, because we’re living through the next chapter of science denial, with stakes that couldn’t be higher.” —Bill McKibben, author of Falter: Has the Human Game Begun to Play Itself Out?

“Every so often a reason arises to retell the life of Galileo. This year, as Mario Livio so forcefully demonstrates in Galileo and the Science Deniers, the 400-year Galileo Affair casts an urgent new light on the current climate crisis.” —Dava Sobel, author of Longitude, Galileo’s Daughter, and The Glass Universe 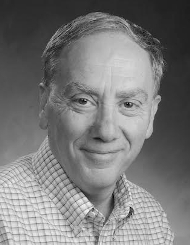 Mario Livio is an internationally known astrophysicist and bestselling author who has appeared on The Daily Show, 60 Minutes, and NOVA. He is a Fellow of the American Association for the Advancement of Science. Besides Why? What Makes Us Curious, he is the author of The Golden Ratio, winner of the International Pythagoras Prize and the Peano Prize; The Equation That Couldn’t Be Solved;  Is God a Mathematician? (which was the basis for the 2016 Emmy-nominated NOVA program “The Great Math Mystery”); the national bestseller Brilliant Blunders; and The Accelerating Universe. He lives in Baltimore, Maryland.