An Elegant Woman:
A Novel

in conversation with LAURA MCPHEE

Harvard Book Store's virtual event series welcomes MARTHA MCPHEE—author of the novels Bright Angel Time and Gorgeous Lies—for a discussion of her latest novel, An Elegant Woman. She will be joined in conversation by her sister, acclaimed photographer LAURA MCPHEE.

While payment is not required, we are suggesting a $3 contribution to support this author series, our staff, and the future of Harvard Book Store—a locally owned, independently run Cambridge institution. In addition, by purchasing a copy of An Elegant Woman on harvard.com, you support indie bookselling and the writing community during this difficult time.

About An Elegant Woman

Drawn from the author’s own family history, An Elegant Woman is a story of discovery and reinvention, following four generations of women in one American family. As Isadora, a novelist, and two of her sisters sift through the artifacts of their forebears’ lives, trying to decide what to salvage and what to toss, the narrative shifts to a winter day in 1910 at a train station in Ohio. Two girls wait in the winter cold with their mother—the mercurial Glenna Stewart—to depart for a new life in the West. As Glenna campaigns in Montana for women’s suffrage and teaches in one-room schoolhouses, Tommy takes care of her little sister, Katherine: trapping animals, begging, keeping house, cooking, while Katherine goes to school. When Katherine graduates, Tommy makes a decision that will change the course of both of their lives.

A profound meditation on memory, history, and legacy, An Elegant Woman follows one woman over the course of the 20th century, taking the reader from a drought-stricken farm in Montana to a yellow Victorian in Maine; from the halls of a psychiatric hospital in London to a wedding gown fitting at Bergdorf Goodman; from a house in small town Ohio to a family reunion at a sweltering New Jersey pig roast. Framed by Isadora’s efforts to retell her grandmother’s journey—and understand her own—the novel is an evocative exploration of the stories we tell ourselves, and what we leave out.

Praise for An Elegant Woman

"Martha McPhee has outdone herself with this irresistibly lively, worldly-wise, wonderfully imagined novel, wherein the American art of self-invention is explored with an clear eye to the price it exacts. All the characters are richly realized—none more so than the narrator, who regards her family myths with amused skepticism, tenderness and a consistently engaging intelligence." —Phillip Lopate, author of A Mother's Tale and Two Marriages

"[McPhee's] new novel, An Elegant Woman, expands this distinctly American drive across the span of a century and the breadth of the country. McPhee has earned this sweep: Over five novels she has developed such a sophisticated grasp of social-climbing characters that she’s able to track three generations with an easy grace many historical novels lack." —Los Angeles Times

"Martha McPhee is less interested in revealing family secrets than in probing the way insistently told lies can become a kind of truth. Partly inspired by McPhee’s grandmother’s own stories, An Elegant Woman... charts the course of a hardscrabble youth in the raw American West that’s deftly camouflaged by a prosperous, sophisticated Eastern adulthood." —New York Times Book Review 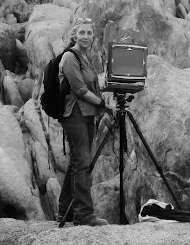 Laura McPhee earned her BA from Princeton University and an MFA from Rhode Island School of Design, and is currently a professor at the Massachusetts College of Art and Design. She is noted for her stunning large-scale landscapes and portraits of the people who live and work in them. She is the recipient of a number of grants and residencies, including a Fulbright Scholars Fellowship for work in India and Sri Lanka, a New England Foundation for the Arts fellowship, and a John Simon Guggenheim Memorial Foundation fellowship. 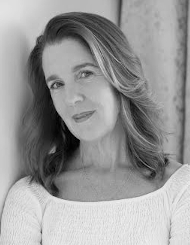 Martha McPhee is the author of the novels An Elegant Woman, Bright Angel Time, Gorgeous Lies, L’America, and Dear Money. She is the recipient of a National Endowment for the Arts grant and a fellowship from the John Simon Guggenheim Foundation. Gorgeous Lies was a finalist for the National Book Award. She teaches fiction at Hofstra University and lives in New York City.