Spinach on the Ceiling:
The Multifaceted Life of a Theoretical Chemist

in conversation with JOHN STRAUB

Harvard Book Store's virtual event series welcomes MARTIN KARPLUS—the Theodore William Richards Professor of Chemistry, emeritus at Harvard University and recipient of the 2013 Nobel Prize for Chemistry—for a discussion of his autobiography Spinach on the Ceiling: The Multifaceted Life of a Theoretical Chemist. He will be joined in conversation by JOHN STRAUB, professor of chemistry at Boston University.

While payment is not required, we are suggesting a $3 contribution to support this author series, our staff, and the future of Harvard Book Store—a locally owned, independently run Cambridge institution. In addition, by purchasing a copy of Spinach on the Ceiling on harvard.com, you support indie bookselling and the writing community during this difficult time.

About Spinach on the Ceiling

Nobel Laureate Martin Karplus was eight when his family fled Nazi-occupied Austria via Switzerland and France for the United States. He would later credit his life as a refugee as a decisive influence on his world view and approach to science.

Spinach on the Ceiling is an autobiographical telling of Karplus' life story, and how it led him to win the Nobel Prize in Chemistry in 2013. The book captures pivotal moments in Martin's life—from his escape to Switzerland in 1938 shortly after Hitler's entrance into Austria; to memorable moments like when his parents gave him a microscope which opened his eyes to the wonders of science; to his education in New England and California; and his eventual scientific career which took him to England, Illinois, Columbia, Strasbourg, and Harvard. It relates how Martin's optimistic outlook and belief in his vision made it possible for him to overcome setbacks in his life, and turn a subject of study his colleagues considered a waste of time into a central part of chemistry and structural biology.

It is his hope to inspire and aid young readers, in particular, to have a successful trajectory in their own lives. Although research and teaching have been his primary focus, he has traveled the world photographing people and places with a Leica IIIC and has had numerous exhibitions of the photographs. He has also enjoyed a lifelong interest in cooking and worked in some of the best restaurants in France and Spain.

Praise for Spinach on the Ceiling

"Karplus's tales of a turbulent graduate school experience at Caltech will inspire readers to muster fortitude when everything seems to be spinning out of control. Karplus balances rigorous scientific discussions with refreshing chapters expounding his passion for photography and gastronomy." —Alfred Chin, Nature Chemistry, May 2020

"The author is very well known for many important scientific contributions, such as the famous Karplus equation, which was of importance early on in my own activities. In the present autobiographical book, scientists will find the names of many colleagues and peers they may have encountered in their career. Most fascinating, however, is to read and learn about how the author established his particularly rich equation of life!" —Jean-Marie Lehn, Nobel Laureate in Chemistry 1987 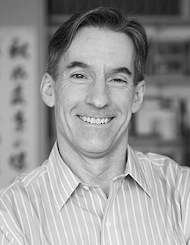 John Straub is a Professor of Chemistry at Boston University. He received his BS from University of Maryland and a PhD from Columbia University. His research explores protein dynamics and thermodynamics using theoretical and computational methods, with a particular focus on elucidating pathways for conformational change associated with protein energy transfer, signaling, folding, and aggregation. 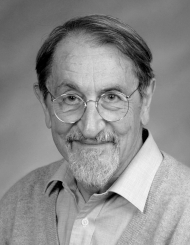 Martin Karplus was born in Vienna, Austria. His family fled to the U.S. prior to the German occupation in 1938. After studying at Harvard College in Cambridge, Massachusetts in the United States, he moved to the California Institute of Technology, Pasadena, where he received his Ph.D. in 1953. Karplus, who was awarded the Nobel Prize in Chemistry in 2013, is more than scientist—he is also a chef who has cooked in many Michelin 3-star restaurant, including Joel Robuchon in Paris and El Bulli in Spain, as well as a photographer with multiple solo exhibitions. In his over 70-year career, which began with a paper on birds entitled “Massachusetts Alcids”, Karplus has published more than 800 papers. He has mentored more than 250 graduate students, postdoctoral fellows, and visiting faculty—members of a group now referred to as “The Karplusians."