My Captain America:
A Granddaughter's Memoir of a Legendary Comic Book Artist

in conversation with HILLARY CHUTE

Harvard Book Store's virtual event series welcomes writer MEGAN MARGULIES for a discussion of her debut memoir, My Captain America: A Granddaughter's Memoir of a Legendary Comic Book Artist. She will be joined in conversation by author and comics expert HILLARY CHUTE, author of Why Comics? From Underground to Everywhere, available for purchase here.

While payment is not required, we are suggesting a $3 contribution to support this author series, our staff, and the future of Harvard Book Store—a locally owned, independently run Cambridge institution. In addition, by purchasing a copy of My Captain America on harvard.com, you support indie bookselling and the writing community during this difficult time.

About My Captain America

In the 1990s, Megan Margulies’s Upper West Side neighborhood was marked by addicts shooting up in subway stations, frequent burglaries, and the “Wild Man of 96th Street,” who set fires under cars and heaved rocks through stained glass church windows. The world inside her parents’ tiny one-bedroom apartment was hardly a respite, with a family of five—including some loud personalities—eventually occupying the 550-square-foot space.

Salvation arrived in the form of her spirited grandfather, Daddy Joe, whose midtown studio became a second home to Megan. There, he listened to her woes, fed her Hungry Man frozen dinners, and simply let her be. His living room may have been dominated by the drawing table, notes, and doodles that marked him as Joe Simon the cartoonist. But for Megan, he was always Daddy Joe: an escape from her increasingly hectic home, a nonjudgmental voice whose sense of humor was as dry as his farfel, and a steady presence in a world that felt off balance.

Evoking New York City both in the 1980s and ’90s and during the Golden Age of comics in the 1930s and ’40s, My Captain America flashes back from Megan’s story to chart the life and career of Rochester-native Joe Simon, from his early days retouching publicity photos and doing spot art for magazines, to his partnership with Jack Kirby at Timely Comics (the forerunner of Marvel Comics), which resulted in the creation of beloved characters like Captain America, the Boy Commandos, and Fighting American.

My Captain America offers a tender and sharply observed account of Megan’s life with Daddy Joe—and an intimate portrait of the creative genius who gave us one of the most enduring superheroes of all time.

Praise for My Captain America

“A tender and heart-aching account of coming-of-age, and of aging, and of a vanishing New York City, as well as a much-needed corrective to myths concerning the origins of some of our most iconographic pieces of 20th-century popular culture. Thank you, Megan Margulies, for getting it all so right.” —Jonathan Lethem, New York Times bestselling author and winner of the National Book Critics Circle Award

“Read Megan’s memoir if you care about Captain America and Joe Simon’s other other-worldly heroes from Comics’ Golden Age. Read it for a granddaughter’s stirring love poem to her Daddy Joe. Read it for writing as compelling as the storytelling. Read it because you, like me, need an escape today, and this is one that'll transport you to an uplifting setting and moment.” —Larry Tye, author of Superman: The High-Flying History of America's Most Enduring Hero

“Megan Margulies’s beautifully rendered chronicle of a charmed friendship brims with the illustrative skills that she so admired in her grandfather. Painting with the indelible details of city dwelling—gurgling coffeemakers, wooden taborets, and rooftop stargazing—she brings to marvelous life the bonds of three generations of restless, complicated New Yorkers, with and without their shields.” —Sean Howe, author of Marvel Comics: The Untold Story 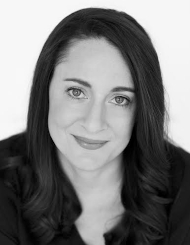 Megan Margulies grew up in New York City. Her essays have appeared in various publications, including the Washington Post, New York Magazine, and Woman’s Day. She now lives outside of Boston with her husband and two daughters.