A Burning:
A Novel

The Book of Longings:
A Novel

Harvard Book Store's virtual event series and GrubStreet welcome debut author MEGHA MAJUMDAR and celebrated novelist SUE MONK KIDD—bestselling author of The Secret Life of Bees, The Mermaid Chair, and The Invention of Wings—for a discussion of their new novels, A Burning and The Book of Longings. Their conversation will be moderated by JORDAN PAVLIN, Senior Vice President and Editorial Director at Knopf.

While payment is not required, we are suggesting a $3 contribution to support this author series, our staff, and the future of Harvard Book Store—a locally owned, independently run Cambridge institution. In addition, by purchasing copies of A Burning and The Book of Longings on harvard.com, you support indie bookselling and the writing community during this difficult time.

Jivan is a Muslim girl from the slums, determined to move up in life, who is accused of executing a terrorist attack on a train because of a careless comment on Facebook. PT Sir is an opportunistic gym teacher who hitches his aspirations to a right-wing political party, and finds that his own ascent becomes linked to Jivan's fall. Lovely—an irresistible outcast whose exuberant voice and dreams of glory fill the novel with warmth and hope and humor—has the alibi that can set Jivan free, but it will cost her everything she holds dear.

Taut, symphonic, propulsive, and riveting from its opening lines, A Burning has the force of an epic while being so masterfully compressed it can be read in a single sitting. Majumdar writes with dazzling assurance at a breakneck pace on complex themes that read here as the components of a thriller: class, fate, corruption, justice, and what it feels like to face profound obstacles and yet nurture big dreams in a country spinning toward extremism. An extraordinary debut.

About The Book of Longings

In her mesmerizing fourth work of fiction, Sue Monk Kidd takes an audacious approach to history and brings her acclaimed narrative gifts to imagine the story of a young woman named Ana. Raised in a wealthy family with ties to the ruler of Galilee, she is rebellious and ambitious, with a brilliant mind and a daring spirit. She engages in furtive scholarly pursuits and writes narratives about neglected and silenced women. Ana is expected to marry an older widower, a prospect that horrifies her. An encounter with eighteen-year-old Jesus changes everything.

Their marriage evolves with love and conflict, humor and pathos in Nazareth, where Ana makes a home with Jesus, his brothers, and their mother, Mary. Ana’s pent-up longings intensify amid the turbulent resistance to Rome’s occupation of Israel, partially led by her brother, Judas. She is sustained by her fearless aunt Yaltha, who harbors a compelling secret. When Ana commits a brazen act that puts her in peril, she flees to Alexandria, where startling revelations and greater dangers unfold, and she finds refuge in unexpected surroundings. Ana determines her fate during a stunning convergence of events considered among the most impactful in human history.

Praise for A Burning

"A Burning by Megha Majumdar is quietly beautiful and devastating. Its tone and pacing are measured perfectly. It is as funny as it is sad. This book won’t let you go, and you won’t want it to end." —Tommy Orange

"A Burning is an excellently crafted, utterly thrilling novel full of characters that I won’t soon forget. Megha Majumdar writes about the ripple effects of our choices, the interconnectedness of our humanity, with striking beauty and clarity. A stunning debut.” —Yaa Gyasi

"Megha Majumdar’s soon-to-be published A Burning is the best debut novel I have come across in a long time. Somehow Majumdar succeeds in capturing the boundless energy and starry-eyed hopefulness of the country’s youth. A Burning signals the arrival of a new voice of immense talent and promise." —Amitav Ghosh

Praise for The Book of Longings

“I kept having to close this novel and breathe deeply, again and again. A radical re­imagining of the New Testament that reflects on women's longing and silencing and awakening, it is a true masterpiece.” —Glennon Doyle, author of Untamed

“[Kidd’s] painstaking research and artful crafting of setting and character ensures that The Book of Longings is not just an extraordinary novel, but one with lasting power . . . [her] brilliance shines through on so many levels, but not the least in her masterful, reverential approach to capturing Jesus of Nazareth as a fully human young man . . . [The Book of Longings] is an epic masterpiece that is a triumph of insight and storytelling.” —Associated Press

“Kidd’s narrative, etched into the emotionally precise and tactile prose of Ana’s first-person voice . . . is not an attempt to rewrite history. Instead it’s an exploration of a triumphant, fierce spirit and the stories she aches to tell. There’s an exuberance to Ana that vibrates off every page, and that is a testament to Kidd’s gifts.” —BookPage 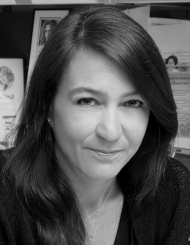 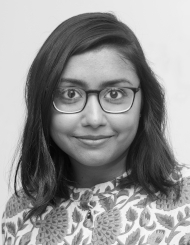 Megha Majumdar was born and raised in Kolkata, India. She moved to the United States to attend college at Harvard University, followed by graduate school in social anthropology at Johns Hopkins University. She works as an editor at Catapult, and lives in New York City. A Burning is her first book. 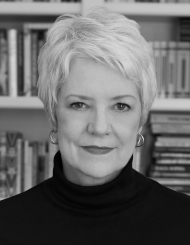 Sue Monk Kidd's debut, The Secret Life of Bees, spent more than 100 weeks on the New York Times bestseller list and has sold more than 6 million copies in the U.S. Her novels The Mermaid Chair and The Invention of Wings were #1 New York Times bestsellers. She is the author of the acclaimed memoirs The Dance of the Dissident Daughter, a groundbreaking work on religion and feminism, and the bestselling Traveling with Pomegranates, written with her daughter, Ann Kidd Taylor.