in conversation with FLORES A. FORBES

Harvard Book Store's virtual event series welcomes MICHAEL E. SAWYER—Assistant Professor of Race, Ethnicity, and Migration Studies at Colorado College and author of the monograph An Africana Philosophy of Temporality: Homo Liminalis—for a discussion of his latest book, Black Minded: The Political Philosophy of Malcolm X. He will be joined in conversation by FLORES A. FORBES, associate professor of urban planning at Columbia's Graduate School of Architecture, Planning, and Preservation and author of Invisible Men: A Contemporary Slave Narrative in the Era of Mass Incarceration.

While payment is not required, we are suggesting a $3 contribution to support this author series, our staff, and the future of Harvard Book Store—a locally owned, independently run Cambridge institution. In addition, by purchasing a copy of Black Minded on harvard.com, you support indie bookselling and the writing community during this difficult time.

Known as 'the angriest black man in America', Malcolm X was one of the most famous activists to ever live. Going beyond biography, Black Minded examines Malcolm X's philosophical system, restoring his thinking to the pantheon of Black Radical Thought. Michael Sawyer argues that the foundational concepts of Malcolm X's political philosophy—economic and social justice, strident opposition to white supremacy and Black internationalism—are often obscured by an emphasis on biography.

The text demonstrates the way in which Malcolm X's philosophy lies at the intersection of the thought of W.E.B. Du Bois and Frantz Fanon and is an integral part of the revolutionary politics formed to alleviate the plight of people of African descent globally. Exploring themes of ontology, the body, geographic space and revolution, Black Minded provides a much-needed appraisal of Malcolm X's political philosophy.

"Incisive, provocative, and essential, Black Minded makes a compelling case for Malcolm X's original contribution to a radical humanism that stands outside European traditions, against the dehumanization of the Black body, and for genuine global revolution" —Robin D. G. Kelley, author of Freedom Dreams: The Black Radical Imagination

"In its careful analysis of his radical and exemplary practice in word and deed, Black Minded doesn't give Malcolm X his rightful place in the canon of political philosophy so much as raise political philosophy to a height it never dared to reach by requiring and allowing it to ground with our brother. Michael Sawyer has written a powerful and necessary book" —Fred Moten, author of In the Break: The Aesthetics of the Black Radical Tradition 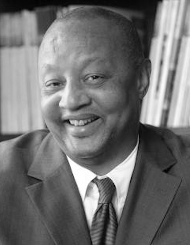 Flores A. Forbes is a writer, urban planner and economic development expert and is currently an associate vice president in the Office of Government and Community Affairs, Columbia University in the City of New York. He is also the author of two books on urban planning issues and race, and his most recent publication Invisible Men: A Contemporary Slave Narrative in the Era of Mass Incarceration won the 2017 American Book Award for non-fiction. His first book Will You Die With Me? My Life and the Black Panther Party chronicles his life and transformation from an urban guerrilla to an urban planner. 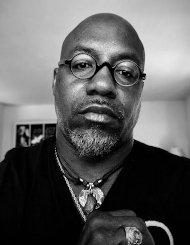 Michael Sawyer is Assistant Professor of Race, Ethnicity, and Migration Studies and the Department of English at Colorado College in Colorado Springs, Colorado. He was recently appointed Distinguished Visiting Professor of English and the Fine Arts at the United States Air Force Academy and is the Founder and Director of the Africana Intellectual Project at Colorado College. His 2018 monograph, An Africana Philosophy of Temporality: Homo Liminalis was nominated for the American Philosophical Association’s 2019 First Book Prize.