The Fortune Men:
A Novel

in conversation with DINAW MENGESTU

Harvard Book Store's virtual event series welcomes NADIFA MOHAMED—celebrated author of Black Mamba Boy and The Orchard of Lost Souls—for a discussion of her latest, Booker Prize shortlisted novel, The Fortune Men. She will be joined in conversation by award-winning writer DINAW MENGESTU.

While payment is not required, we are suggesting a $5 contribution to support this author series, our staff, and the future of Harvard Book Store—a locally owned, independently run Cambridge institution. In addition, by purchasing a copy of The Fortune Men on harvard.com, you support indie bookselling and the writing community during this difficult time.

About The Fortune Men

In Cardiff, Wales in 1952, Mahmood Mattan, a young Somali sailor, is accused of a crime he did not commit: the brutal killing of Violet Volacki, a shopkeeper from Tiger Bay. At first, Mahmood believes he can ignore the fingers pointing his way; he may be a gambler and a petty thief, but he is no murderer. He is a father of three, secure in his innocence and his belief in British justice.

But as the trial draws closer, his prospect for freedom dwindles. Now, Mahmood must stage a terrifying fight for his life, with all the chips stacked against him: a shoddy investigation, an inhumane legal system, and, most evidently, pervasive and deep-rooted racism at every step.

Under the shadow of the hangman's noose, Mahmood begins to realize that even the truth may not be enough to save him. A haunting tale of miscarried justice, this book offers a chilling look at the dark corners of our humanity.

Praise for The Fortune Men

“Nadifa Mohamed’s The Fortune Men is a blues song cut straight from the heart. It tells about the unjust death of an innocent Black man caught up in a corrupt system. Nadifa’s masterful evocation of the full life of Mahmood Mattan, the last man executed in Cardiff for a crime he was exonerated for forty years later, is brought alive with subtle artistry and heartbreaking humanity.” —Walter Mosley, author of Devil in a Blue Dress

“A potent, pointed novel . . . Mohamed is a big talent, and she’s only getting started.” —Dwight Garner, New York Times

“Equally informative and moving . . . The immediate allure of the novel is the vibrancy of Mohamed’s prose, her ability to capture the complicated culture of Cardiff and the sound of tortured optimism. . . . The horrific finale of The Fortune Men is never in doubt, but for more than 200 pages Mohamed still creates a sharp sense of suspense by pulling us right into Mahmood’s world as his life tilts and then crashes. . . . There’s a natural grandeur to her portrayal of this ordinary man caught in the city’s gears. Readers will hear echoes of Dostoevsky and Kafka in her re-creation of this nightmare. . . . With The Fortune Men, Mohamed has given us a clear vision of so many victims caught in the maw of racist legal systems.” —Ron Charles, The Washington Post 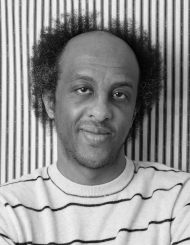 Dinaw Mengestu, a recipient of the 2012 MacArthur Foundation Award, was born in Ethiopia and raised in Illinois. His fiction and journalism have been published in The New Yorker, Granta, Harper’s, Rolling Stone, and the New York Times. Mengestu was chosen for the 5 under 35 Award by the National Book Foundation and was named on The New Yorker’s “20 under 40” list in 2010. He is also the recipient of a Lannan Fiction Fellowship, The Guardian First Book Award, the Los Angeles Times Book Prize, among other awards. He is the author of three novels: The Beautiful Things That Heaven Bears(2008, How to Read the Air (2010), and All Our Names. His work has been translated into more than fifteen languages. 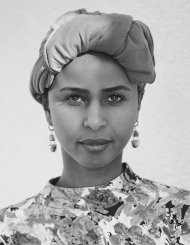 Nadifa Mohamed was born in 1981 in Hargeisa, Somaliland. At the age of four she moved with her family to London. She is the author of Black Mamba Boy and The Orchard of Lost Souls. She has received both The Betty Trask Award and the Somerset Maugham Award, and in 2013, she was named as one of Granta‘s Best of Young British Novelists. Her work appears regularly in The Guardian and the BBC. A fellow of the Royal Society of Literature, she lives in London.