Later:
My Life at the Edge of the World

Don't Go Crazy Without Me:
A Tragicomic Memoir

Harvard Book Store's virtual even series welcomes acclaimed writers PAUL LISICKY and DEBORAH A. LOTT for a discussion of their respective memoirs Later: My Life at the Edge of the World and Don't Go Crazy Without Me: A Tragicomic Memoir.

While payment is not required, we are suggesting a $3 contribution to support this author series, our staff, and the future of Harvard Book Store—a locally owned, independently run Cambridge institution. In addition, by purchasing a copy of Later and Don't Go Crazy Without Me from harvard.com, you support indie bookselling and the writing community during this difficult time.

When Paul Lisicky arrived in Provincetown in the early 1990s, he was leaving behind a history of family trauma to live in a place outside of time, known for its values of inclusion, acceptance, and art. In this idyllic haven, Lisicky searches for love and connection and comes into his own as he finds a sense of belonging. At the same time, the center of this community is consumed by the AIDS crisis, and the very structure of town life is being rewired out of necessity: What might this utopia look like during a time of dystopia?

Later dramatizes a spectacular yet ravaged place and a unique era when more fully becoming one’s self collided with the realization that ongoingness couldn’t be taken for granted, and staying alive from moment to moment exacted absolute attention. Following the success of his acclaimed memoir, The Narrow Door, Lisicky fearlessly explores the body, queerness, love, illness, community, and belonging in this masterful, ingenious new book.

About Don't Go Crazy Without Me

Don’t Go Crazy Without Me tells the tragicomic coming of age story of a girl who grew up under the seductive sway of her outrageously eccentric father. He taught her how to have fun; he also taught her to fear food poisoning, other children’s infectious diseases, and the contaminating propensities of the world at large. Alienated from her emotionally distant mother, the girl bonded closely with her father and his worldview. When he plunged from neurotic to full-blown psychotic, she nearly followed him. Sanity is not always a choice, but for the sixteen-year-old, decisions had to be made and lines drawn between reality and what her mother called her “overactive imagination.” She would have to give up beliefs carried by the infectious agent of her father’s love.

Saving herself would require an unconventional reading of Moby Dick, sexual pleasure in the body that had confounded her, and entry into the larger world of political activism as a volunteer in Robert F. Kennedy’s Presidential campaign. After attending his last stop at the Ambassador Hotel the night of his assassination, she would come to a new reckoning with loss and with engagement beyond the confines of her family. Ultimately, she would find a way to turn her grief into love.

“With searing, sexy candor and heartrending tenderness, Paul Lisicky chronicles the grace of finding, after a youth of displacement, a haven where he wholeheartedly belongs; and chronicles too the grief of seeing that haven devastated by AIDS.” —Garth Greenwell

“Lisicky returns us to the art-making and joy; the dancing in and through sorrow; the sex; and the potential, both squandered and realized, of finding oneself at the end of the world.” —Justin Torres

Praise for Don't Go Crazy Without Me

"Deborah A. Lott’s Don’t Go Crazy Without Me is funny, horrifying, and heartbreaking—and often surprisingly, all three at once. It’s an astonishingly vivid book, and to read it is to be caught up, just as the writer was, in an impossible, crazy, misfit family. Through grace and nerve and will, Deborah learns that you can’t “screw nature,” or “stop time,” as her father tried to do, “but you could turn your grief into love.” This writer’s love for her deeply screwed-up family is unforgettable. As the best memoirs do, Don’t Go Crazy Without Me makes this writer’s story belong to all of us." —Mark Doty

"Don’t Go Crazy Without Me is an extraordinary book. Deborah A. Lott writes about everything—parents, children, bodies, illness, sex, writing—with a voice that is utterly clear and beautiful and funny and original. This is a book written with honesty that will both break your heart and enlarge it." —Karen E. Bender 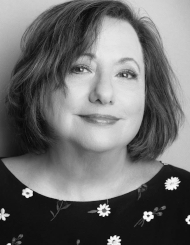 Deborah A. Lott’s memoirs, essays, and reportage have been published in the Rumpus, Salon, Black Warrior Review, Los Angeles Times, the Good Men Project, and many other places. Her first book, In Session: the Bond between Women and their Therapists, offered an unprecedented look at psychotherapy from the perspective of clients interviewed by the author. Her essays have been thrice named as “notables of the year” by Best American Essays. She teaches creative writing and literature at Antioch University, Los Angeles, where she serves as faculty advisor to Two Hawks Quarterly. 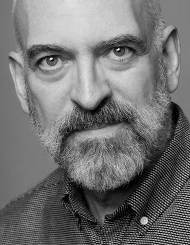 Paul Lisicky is the author of The Narrow Door, Unbuilt Projects, The Burning House, Famous Builder, and Lawnboy. His work has appeared in The Atlantic, BuzzFeed, the New York Times, Ploughshares, Tin House, and elsewhere. A 2016 Guggenheim Fellow, he has received awards from the National Endowment for the Arts and the Fine Arts Work Center in Provincetown, where he has served on the Writing Committee since 2000. He is currently an Associate Professor in the MFA Program at Rutgers University-Camden and lives in Brooklyn, New York.