Harvard Book Store's virtual event series welcomes RAN ABRAMITZKY—professor of economics and the Senior Associate Dean for the Social Sciences at Stanford University—and LEAH BOUSTAN—professor of economics and director of the Industrial Relations Section at Princeton University—for a discussion of their co-authored book Streets of Gold: America's Untold Story of Immigrant Success.

While payment is not required, we are suggesting a $5 contribution to support this author series, our staff, and the future of Harvard Book Store—a locally owned, independently run Cambridge institution. In addition, by pre-ordering a copy of Streets of Gold on harvard.com, you support indie bookselling and the writing community during this difficult time.

About Streets of Gold

Immigration is one of the most fraught, and possibly most misunderstood, topics in American social discourse—yet, in most cases, the things we believe about immigration are based largely on myth, not facts. Using the tools of modern data analysis and ten years of pioneering research, new evidence is provided about the past and present of the American Dream, debunking myths fostered by political opportunism and sentimentalized in family histories, and draw counterintuitive conclusions, including:

Using powerful story-telling and unprecedented research employing big data and algorithms, Abramitzky and Boustan are like dedicated family genealogists but millions of times over. They provide a new take on American history with surprising results, especially how comparable the “golden era” of immigration is to today, and why many current policy proposals are so misguided.

Praise for Streets of Gold

“This wonderful and highly readablebook provides the facts and sets the record straight about the hot-button issue of immigration and is a must-read for anyone who cares about this important issue. Immigrants benefit from coming to the US, but so does the country from the diversity, skills, and energy that they bring. Remarkably, most existing evidence suggests that native workers are not harmed by immigrants.”―Daron Acemoglu, Institute Professor of Economics, MIT, and coauthor of Why Nations Fail and The Narrow Corridor

“In this fascinating book, Abramitzky and Boustan ingeniously employ the tools of data science to construct the first ‘big data’ account of immigration in America. Combining rigorous statistical analysis with thoughtful narratives, they weave a compelling story about how millions of immigrant families achieved the American Dream over the last century and a half. The result is a set of timely and concrete insights that will help reshape the narrative about immigration and opportunity in the United States.”―Raj Chetty, William A. Ackman Professor of Public Economics, Harvard University

“While Americans are intensely polarized about immigration, facts and history can help change minds. And Streets of Gold has the facts, millions and millions of them, about the amazing and often-surprising history of American immigration. It is a splendid testament to the power of big data to illuminate our past and what it means for the future.”―Angus Deaton, Nobel laureate, economics, and coauthor of Deaths of Despair and the Future of Capitalism 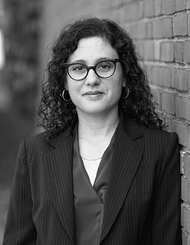 Leah Boustan is professor of economics and director of the Industrial Relations Section at Princeton University. She serves as co-director of the Development of the American Economy Program at the National Bureau of Economic Research and co-editor of the American Economic Journal: Applied Economics. Her prize-winning book, Competition in the Promised Land, examines the effect of the Great Black Migration from the rural South during and after World War II. She has written for The New York Times, The American Prospect, and Slate. 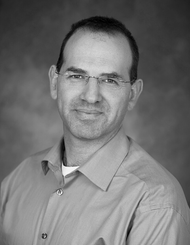 Ran Abramitzky is professor of economics and the Senior Associate Dean for the Social Sciences at Stanford University, a research associate at the National Bureau of Economic Research, a senior fellow at the Stanford Institute for Economic Policy Research, and a former co-editor of Explorations in Economic History. Weaving his family story together with extensive economic and historical data, Abramitzky’s prize-winning book, The Mystery of the Kibbutz examines how communities based on income equality survived in Israel for over a century, and the conditions under which more equal societies can thrive.