Girl Decoded:
A Scientist's Quest to Reclaim Our Humanity
by Bringing Emotional Intelligence to Technology

While payment is not required, we are suggesting a $5 contribution to support this author series, our staff, and the future of Harvard Book Store—a locally owned, independently run Cambridge institution. In addition, by purchasing a copy of Girl Decoded on harvard.com, you support indie bookselling and the writing community during this difficult time.

Rana el Kaliouby is a rarity in both the tech world and her native Middle East: a Muslim woman in charge in a field that is still overwhelmingly white and male. Growing up in Egypt and Kuwait, el Kaliouby was raised by a strict father who valued tradition—yet also had high expectations for his daughters—and a mother who was one of the first female computer programmers in the Middle East. Even before el Kaliouby broke ground as a scientist, she broke the rules of what it meant to be an obedient daughter and, later, an obedient wife to pursue her own daring dream.

After earning her PhD at Cambridge, el Kaliouby, now the divorced mother of two, moved to America to pursue her mission to humanize technology before it dehumanizes us. The majority of our communication is conveyed through nonverbal cues: facial expressions, tone of voice, body language. But that communication is lost when we interact with others through our smartphones and devices. The result is an emotion-blind digital universe that impairs the very intelligence and capabilities—including empathy—that distinguish human beings from our machines.

To combat our fundamental loss of emotional intelligence online, she cofounded Affectiva, the pioneer in the new field of Emotion AI, allowing our technology to understand humans the way we understand one another. Girl Decoded chronicles el Kaliouby’s journey from being a “nice Egyptian girl” to becoming a woman, carving her own path as she revolutionizes technology. But decoding herself—learning to express and act on her own emotions—would prove to be the biggest challenge of all.

“As an entrepreneur and computer scientist, Rana el Kaliouby has done pioneering work to infuse technology with emotion and leverage technology to enrich our understanding of emotions. In this forthright, engaging memoir, she takes us behind the scenes of her work and through the key events that have shaped her life and worldview.” —Adam Grant, New York Times bestselling author of Originals and Give and Take

“el Kaliouby’s dream was to enable computers to engage human emotions, but she needed to engage her own emotions to invent machines with emotions. Her remarkable life story is a captivating way to understand this new technological frontier: machines with emotional intelligence.” —Kevin Kelly, futurist, founding editor of Wired, and author of The Inevitable

“Brilliant and inspiring—words that describe both Rana el Kaliouby and her extraordinary new book, which tells the story of her life and of the crucial role she played in the invention of artificial emotional intelligence . . . a poignant and deeply personal tale about love, loss, and coming of age on a new scientific frontier.” —Daniel Gilbert, professor of psychology at Harvard University and author of Stumbling on Happiness 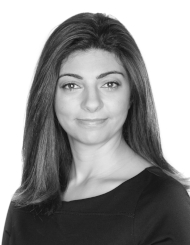 A pioneer in Emotion AI, Rana el Kaliouby, Ph.D., is Co-Founder and CEO of Affectiva, and author of the newly released book Girl Decoded: A Scientist’s Quest to Reclaim Our Humanity by Bringing Emotional Intelligence to Technology. A passionate advocate for humanizing technology, ethics in AI and diversity, Rana has been recognized on Fortune’s 40 Under 40 list and as one of Forbes' Top 50 Women in Tech. Rana is a World Economic Forum Young Global Leader and a Young Presidents' Organization member, and co-hosted a PBS NOVA series on AI. She holds a Ph.D. from the University of Cambridge and a Post Doctorate from MIT.