in conversation with VIJAY SESHADRI

Harvard Book Store's virtual event series welcomes celebrated poet and editor RAVI SHANKAR for a discussion of his memoir Correctional. He will be joined in conversation by Pulitzer Prize–winning poet and essayist VIJAY SESHADRI.

While payment is not required, we are suggesting a $5 contribution to support this author series, our staff, and the future of Harvard Book Store—a locally owned, independently run Cambridge institution. In addition, by pre-ordering a copy of Correctional on harvard.com, you support indie bookselling and the writing community during this difficult time.

The first time Ravi Shankar was arrested, he spoke out against racist policing on National Public Radio and successfully sued the city of New York. The second time, he was incarcerated when his promotion to full professor was finalized. During his ninety-day pretrial confinement at the Hartford Correctional Center—a level 4, high-security urban jail in Connecticut—he met men who shared harrowing and heart-felt stories. The experience taught him about the persistence of structural racism, the limitations of mass media, and the pervasive traumas of twenty-first-century daily life.

Shankar’s bold and complex self-portrait—and portrait of America—challenges us to rethink our complicity in the criminal justice system and mental health policies that perpetuate inequity and harm. Correctional dives into the inner workings of his mind and heart, framing his unexpected encounters with law and order through the lenses of race, class, privilege, and his bicultural upbringing as the first and only son of South Indian immigrants. Vignettes from his early life set the scene for his spectacular fall and subsequent struggle to come to terms with his own demons. Many of them, it turns out, are also our own.

“A brave voyage of discovery, Correctional is a real odyssey, barely making it home after navigating treacherous cultural and psychological waters. Thanks to Shankar’s brilliant writing and admirable honesty, we relive his harrowing, but eventually inspiring, personal saga. And his deep insights into our justice system are alone worth the price of admission.” —H. Bruce Franklin, author of Crash Course: From the Good War to the Forever War

“Shankar is an absolutely brilliant writer; his prose, finessed from years of writing and teaching the craft of writing, is rhapsodic, punchy, profound, and discursively sound.” —Shreerekha Pillai Subramanian, University of Houston, Clear Lake

“Through deft characterizations and snippets of inmates’ vernacular, Shankar creates vibrant portraits of his jailmates that are written with tolerance, sympathy, and often affection . . . Shankar’s honesty and humility render him a sympathetic figure. His elegant prose is strewn with references to philosophy and poetry, helping to make his storytelling compelling—even entertaining. Correctional is the story of a beleaguered man on the road to redemption, trying to set the record straight.” —Foreword Reviews 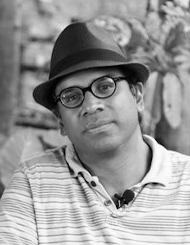 Ravi Shankar is a Pushcart Prize-winning poet and editor of more than fifteen books and chapbooks of poetry. The founder of Drunken Boat, one of the world’s oldest electronic journals of the arts, he has been featured in the New York Times, NPR, BBC, and PBS NewsHour. He lives in Providence, Rhode Island. 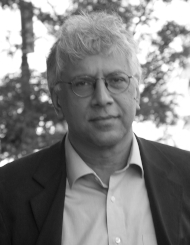 Vijay Seshadri is the author of the poetry books Wild Kingdom, The Long Meadow, The Disappearances, 3 Sections, and, in 2020, That Was Now, This Is Then, as well as many essays, reviews, and memoir fragments. His work has been widely published and anthologized and recognized with a number of honors, among them the Pulitzer Prize for Poetry and the Literature Award of the American Academy of Arts and Letters. He lives in Brooklyn and teaches at Sarah Lawrence College.