Recollections of My Nonexistence:
A Memoir

in conversation with CHANEL MILLER

Harvard Book Store's virtual event series is thrilled to welcome REBECCA SOLNIT—celebrated author of Men Explain Things to Me, A Field Guide to Getting Lost, The Faraway Nearby, and others—for the paperback release of her acclaimed, bestselling memoir, Recollections of My Nonexistence. She will be joined in conversation by writer, artist, and activist CHANEL MILLER, author of the National Book Critics Circle Award–winning memoir, Know My Name.

All tickets include a paperback copy of Recollections of My Nonexistence and a bookplate signed by the author.

About Recollections of My Nonexistence

In Recollections of My Nonexistence, Rebecca Solnit describes her formation as a writer and as a feminist in 1980s San Francisco, in an atmosphere of gender violence on the street and throughout society and the exclusion of women from cultural arenas. She tells of being poor, hopeful, and adrift in the city that became her great teacher, and of the small apartment that, when she was nineteen, became the home in which she transformed herself. She explores the forces that liberated her as a person and as a writer—books themselves; the gay community that presented a new model of what else gender, family, and joy could mean; and her eventual arrival in the spacious landscapes and overlooked conflicts of the American West.

Beyond being a memoir, Solnit's book is also a passionate argument: that women are not just impacted by personal experience, but by membership in a society where violence against women pervades. Looking back, she describes how she came to recognize that her own experiences of harassment and menace were inseparable from the systemic problem of who has a voice, or rather who is heard and respected and who is silenced—and how she was galvanized to use her own voice for change.

Praise for Recollections of My Nonexistence

“Much more than a feminist manifesto . . . Solnit movingly describes her efforts to fashion ‘the self who will speak’ . . . There are phrases, such as ‘women’s stories,’ ‘silencing,’ or ‘gaslighting,’ that contemporary discourse has emptied out. Solnit revives these terms with the breath of their own histories.” —Katy Waldman, The New Yorker

"At the same time that [Solnit] describes her forays into her past, she invites us to connect pieces of her story to our own, as a measure of how far we've come and how far we have left to go." —Jenny Odell, The New York Times Book Review

“Throughout her rich body of work, essayist and critic Rebecca Solnit has revealed pieces of herself in writings about the beauty of getting lost, the joys of walking both for pleasure and with purpose, and perhaps most famously, the indignity of being mansplained to. At last, she uses her eagle eye to explore her own life. Recollections of My Nonexistence is a marvel: a memoir that details her awakening as a feminist, an environmentalist, and a citizen of the world. Every single sentence is exquisite.” —Maris Kreizman, Vulture 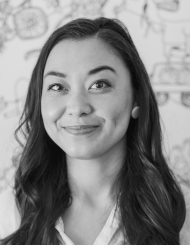 Chanel Miller is a writer and artist. Her memoir, Know My Name, was a New York Times bestseller, a New York Times Book Review Notable Book, and a winner of the National Book Critics Circle Award, the Dayton Literary Peace Prize, the Ridenhour Book Prize, and the California Book Award. It was also a best book of the year in Time, The Washington Post, Chicago Tribune, NPR, and People, among others. She was named one of the Forbes 30 Under 30 and a Time Next 100 honoree, and was a Glamour Woman of the Year honoree under her pseudonym Emily Doe. 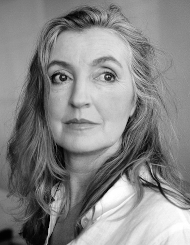 Rebecca Solnit is the author of more than twenty books, including A Field Guide to Getting Lost, The Faraway Nearby, A Paradise Built in Hell, River of Shadows, and Wanderlust: A History of Walking. She is also the author of Men Explain Things to Me and many essays on feminism, activism and social change, hope, and the climate crisis. A product of the California public education system from kindergarten to graduate school, she is a regular contributor to the Guardian and Lit Hub.