in conversation with JULIE LAWRENCE

Harvard Book Store, the Harvard University Division of Science, and the Harvard Library welcome archaeologist, author, and Honorary Fellow at the University of Liverpool REBECCA WRAGG SYKES for a discussion of her new book Kindred: Neanderthal Life, Love, Death and Art. She will be joined in conversation by JULIE LAWRENCE—paleoanthropologist and historian of science at Harvard University’s Department of Human Evolutionary Biology.

While payment is not required, we are suggesting a $5 contribution to support this author series, our staff, and the future of Harvard Book Store—a locally owned, independently run Cambridge institution. In addition, by ordering a copy of Kindred on harvard.com, you support indie bookselling and the writing community during this difficult time.

In Kindred, Neanderthal expert Rebecca Wragg Sykes shoves aside the cliché of the shivering ragged figure in an icy wasteland, and reveals the Neanderthal you don’t know, our ancestor who lived across vast and diverse tracts of Eurasia and survived through hundreds of thousands of years of massive climate change. This book sheds new light on where they lived, what they ate, and the increasingly complex Neanderthal culture that researchers have discovered.

Since their discovery 150 years ago, Neanderthals have gone from the losers of the human family tree to A-list hominins. Our perception of the Neanderthal has changed dramatically, but despite growing scientific curiosity, popular culture fascination, and a wealth of coverage in the media and beyond are we getting the whole story? The reality of 21st century Neanderthals is complex and fascinating, yet remains virtually unknown and inaccessible outside the scientific literature.

Based on the author’s first-hand experience at the cutting-edge of Palaeolithic research and theory, this easy-to-read but information-rich book lays out the first full picture we have of the Neanderthals, from amazing new discoveries changing our view of them forever, to the more enduring mysteries of how they lived and died, and the biggest question of them all: their relationship with modern humans.

"Rebecca Wragg Sykes aims to tell a complete new story about Neanderthals. She has done a remarkable job synthesizing thousands of academic studies into a single accessible narrative. From her pages emerge new Neanderthals that are very different from the cartoon figures of old. Kindred is important reading not just for anyone interested in these ancient cousins of ours, but also for anyone interested in humanity." —New York Times Book Review

“Beautiful, evocative, authoritative. Kindred is a beautifully written exploration of our fast-developing understanding of Neanderthals and their culture and a compelling insight into how modern science is revealing the secrets of an extinct species who, for 350 thousand years before Homo Sapiens became dominant, inhabited a world 'as wide and rich as the Roman Empire.'” ―Professor Brian Cox, physicist and TV presenter

“Kindred is a tour de force. A rich and beautiful synthesis of all that is known about Neanderthal biology and culture, it should be required reading for anyone interested in the history of humanity.” ―Dr. Tori Herridge, palaeontologist and TV presenter 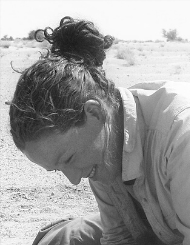 Julie Lawrence is a paleoanthropologist and historian of science currently based at Harvard University’s Department of Human Evolutionary Biology. Her work largely focuses on the evolution of the human face—from changes four million years ago in the teeth and faces of our first upright ancestors to understanding the diversity of facial forms today. With her expertise in 3D imaging and analysis, as well as broad experience examining ancient, fossil, and modern skeletons, Julie explores how evolution, growth, and behavior has shaped the way we look. 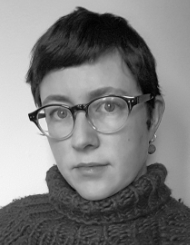 Rebecca Wragg Sykes has been fascinated by the vanished worlds of the Pleistocene ice ages since childhood, and followed this interest through a career researching the most enigmatic characters of all, the Neanderthals. Rebecca is an Honorary Fellow at the School of Archaeology, Classics and Egyptology at the University of Liverpool. Rebecca regularly writes for the popular media, including the Scientific American and Guardian science blogs. She is also co-founder of the influential Trowelblazers project, which highlights women archaeologists, paleontologists and geologists through innovative outreach and collaboration.