A Funny Thing Happened on the Way to Stockholm:
The Adrenaline-Fueled Adventures of an Accidental Scientist

Harvard Book Store's virtual event series, the Harvard Univeristy Division of Science, and the Harvard Library welcome Nobel Laureate ROBERT J. LEFKOWITZ and co-author RANDY HALL—former post-doctoral trainee of Dr. Lefkowitz and Professor at the Emory University School of Medicine—for a discussion of their book A Funny Thing Happened on the Way to Stockholm: The Adrenaline-Fueled Adventures of an Accidental Scientist. Their conversation will be moderated by THOMAS MICHEL, Professor of Medicine at Harvard Medical School.

While payment is not required, we are suggesting a $3 contribution to support this author series, our staff, and the future of Harvard Book Store—a locally owned, independently run Cambridge institution. In addition, by purchasing a copy of A Funny Thing Happened on the Way to Stockholm on harvard.com, you support indie bookselling and the writing community during this difficult time.

About A Funny Thing Happened on the Way to Stockholm

Like Richard Feynman in the field of physics, Dr. Robert Lefkowitz is also known for being a larger-than-life character: a not-immodest, often self-deprecating, always entertaining raconteur. Indeed, when he received the Nobel Prize, the press corps in Sweden covered him intensively, describing him as “the happiest Laureate.”

In addition to his time as a physician, from being a "yellow beret" in the public health corps with Dr. Anthony Fauci to his time as a cardiologist, and his extraordinary transition to biochemistry, which would lead to his Nobel Prize win, Dr. Lefkowitz has ignited passion and curiosity as a fabled mentor and teacher.

But it's all in a day's work, as Lefkowitz reveals in A Funny Thing Happened on the Way to Stockholm, which is filled to the brim with anecdotes and energy, and gives us a glimpse into the life of one of today's leading scientists.

Praise for A Funny Thing Happened on the Way to Stockholm

“An engaging Nobel Prize-winning journey of a life in medicine and science. Joyous, insightful, and irreverent, Lefkowitz describes the enormous impediments to challenging established dogma and legendary elders as well as the art and satisfaction of mentoring young scientists.  For both lay readers and professional scientists, this book presents a narrative that will delight and that offers a goldmine of wisdom.” —Robert Horvitz, Ph.D., Massachusetts Institute of Technology, Investigator of the Howard Hughes Medical Institute; Nobel Prize in Physiology or Medicine (2002)

“Lefkowitz’s life is testament to the joy of science. The book is a page-turner, a riveting account of a life well-lived. It is a story of stories, a tale of greatness.” —Roger D. Kornberg, Ph.D., Stanford University, Nobel Prize in Chemistry (2006)

“In this engaging and often rollicking tale, Bob Lefkowitz recounts how the Vietnam War transformed him from a dedicated young physician into an enthusiastic, ambitious, and highly successful scientist whose discoveries have altered our understanding of cell function and approaches to drug development.  Arriving at a time when the need to convert physicians into scientists is greater than ever, this book can do more than just entertain and instruct: it can inspire young doctors to remake their careers.” —Harold Varmus, M.D., Lewis Thomas University Professor, Weill Cornell Medicine; Nobel Prize in Physiology or Medicine (1989); Author of The Art and Politics of Science 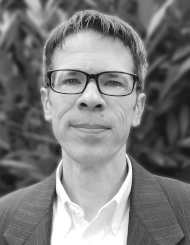 Randy Hall was a post-doctoral trainee of Dr. Lefkowitz in the 1990’s and is now a Professor in the Emory University School of Medicine. He has published more than one hundred scientific papers and received major awards for his research. He is also a prize-winning educator with strong interests in science writing and public outreach about science and medicine. 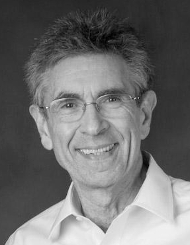 Robert J. Lefkowitz is a Nobel Prize-winning scientist (Chemistry, 2012) who is best known for showing how adrenaline works via stimulation of specific receptors. He was trained at Columbia, the NIH and Harvard before joining the faculty at Duke University and becoming an Investigator of the Howard Hughes Medical Institute. In addition to being a researcher, Dr. Lefkowitz is a cardiologist as well as a cardiac patient. 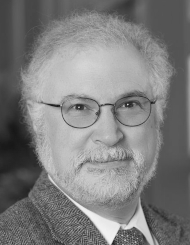 Thomas Michel is a specialist in cardiovascular medicine at Brigham and Women’s Hospital (BWH). In addition, he is a professor of medicine (Biochemistry) at Harvard Medical School (HMS) and associate director of the Harvard/Massachusetts Institute of Technology MD-PhD Program.