Harvard Book Store welcomes SATHNAM SANGHERA—best-selling author and columnist at The Times—for a discussion of his book Empireland: How Imperialism Has Shaped Modern Britain.

While payment is not required, we are suggesting a $5 contribution to support this author series, our staff, and the future of Harvard Book Store—a locally owned, independently run Cambridge institution. In addition, by purchasing a copy of Empireland on harvard.com, you support indie bookselling and the writing community during this difficult time.

Empire—whether British or otherwise—informs nearly everything we do. From common thought to our daily routines; from the foundations of social safety nets to the realities of racism; and from the distrust of public intellectuals to the exceptionalism that permeates immigration debates, the Brexit campaign and the global reckonings with controversial memorials, Empireland shows how the pernicious legacy of Western imperialism undergirds our everyday lives, yet remains shockingly obscured from view.

In accessible, witty prose, award-winning journalist and best-selling author Sathnam Sanghera traces this legacy back to its source, exposing how—in both profound and innocuous ways—imperial domination has shaped the United Kingdom we know today. Sanghera connects the historical dots across continents and seas to show how the shadows of a colonial past still linger over modern-day Britain and how the world, in turn, was shaped by Britain’s looming hand. The implications, of course, extend to Britain’s most notorious former colony turned imperial power: the United States of America, which prides itself for its maverick soul and yet seems to have inherited all the ambition, brutality and exceptional thinking of its parent.

With a new introduction by the author and a foreword by Booker Prize-winner Marlon James, Empireland is a revelatory and lucid work of political history that offers a sobering appraisal of the past so we may move toward a more just future.

“There is something to be said for authors who approach the topic [of empire] in the spirit of engaged curiosity rather than didactic declamation . . . Sanghera is a deft synthesist who sifts through mounds of historical treatises and alights on visceral, often shocking details.” —Times Literary Supplement

“Empireland takes a perfectly-judged approach to its contentious but necessary subject.” —Jonathan Coe, bestelling author and winner of the European Book Prize

"Immensely readable . . . simultaneously personal and scholarly. [Empireland] addresses many of the questions that are now urgent subjects of public debate—such as Britain's role in the slave trade and the connections between empire and multiculturalism." —Financial Times, "Best Books of 2021: Politics" 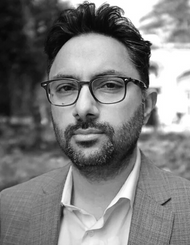 Sathnam Sanghera is the best-selling author of Empireland, Marriage Material, and his memoir, The Boy with the Topknot. A graduate from Christ’s College, Cambridge, columnist and writer at The Times, and Fellow of the Royal Society of Literature, Sanghera lives in North London.