The Queerness of Home:
Gender, Sexuality, and the Politics of Domesticity after World War II

in conversation with GRETA LAFLEUR

Harvard Book Store's virtual event series welcomes STEPHEN VIDER—assistant professor of history and director of the Public History Initiative at Cornell University—for a discussion of his book The Queerness of Home: Gender, Sexuality, and the Politics of Domesticity after World War II. He will be joined in conversation by GRETA LAFLEUR, associate professor of American Studies at Yale University and author of The Natural History of Sexuality in Early America.

While payment is not required, we are suggesting a $5 contribution to support this author series, our staff, and the future of Harvard Book Store—a locally owned, independently run Cambridge institution. In addition, by purchasing a copy of The Queerness of Home on harvard.com, you support indie bookselling and the writing community during this difficult time.

About The Queerness of Home

From the Stonewall riots to the protests of ACT UP, histories of queer and trans politics have almost exclusively centered on public activism. In The Queerness of Home, Stephen Vider turns the focus inward, showing that the intimacy of domestic space has been equally crucial to the history of postwar LGBTQ life.

Beginning in the 1940s, LGBTQ activists looked increasingly to the home as a site of connection, care, and cultural inclusion. They struggled against the conventions of marriage, challenged the gendered codes of everyday labor, reimagined domestic architecture, and contested the racial and class boundaries of kinship and belonging. Retelling LGBTQ history from the inside out, Vider reveals the surprising ways that the home became, and remains, a charged space in battles for social and economic justice, making it clear that LGBTQ people not only realized new forms of community and culture for themselves—they remade the possibilities of home life for everyone.

Praise for The Queerness of Home

"Stephen Vider’s crisply written, gorgeously illustrated book on queer domesticity traces the transformation of the private sphere over the second half of the twentieth century in the United States. Home-life for LGBTQ people, he argues, evolved from a haven from state-sanctioned homophobia, to a revolutionary alternative to the heteronormative household, before ultimately becoming a homonormative domain entitled to legal protection. Each chapter is fascinating and fresh in its own way, and add up to something more than the sum of its parts: this is an important corrective to a queer historiography that has focused almost entirely on the public sphere." —Susan Stryker, author of Transgender History: The Roots of Today’s Revolution

“The Queerness of Home is a consequential achievement. Like any historian worth their salt, Vider knows how to tell a tale: this book’s prose is witty and clear as a mountain stream. More than that, it makes an irrefutable case that twentieth-century domestic environments have been momentous for LGBTQ individuals in the modern United States.” —Scott Herring, author of The Hoarders: Material Deviance in Modern American Culture

“This strikingly original book recovers the unexpected significance of queer forms of home life to LGBTQ people and politics since the mid-twentieth century. Ranging from the gay marriages and camp cookbooks of the 1950s and 1960s to the communes, queer homeless youth shelters, and lesbian feminist experiments in domestic redesign of the post-Stonewall years, Vider provides new insights into the intimate lives and broadest political claims of queer folk—and the meaning of domesticity itself. Creatively researched, beautifully written, and unfailingly smart, this is a first-rate work of revisionist history.” —George Chauncey, author of Gay New York: Gender, Urban Culture, and the Making of the Gay Male World, 1890-1940 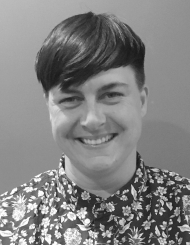 Greta LaFleur is Associate Professor of American Studies at Yale University, and the author of The Natural History of Sexuality in Early America (2018). LaFleur is also the co-editor of the 2021 Trans Historical: Gender Plurality Before the Modern, a forthcoming special issue of GLQ on sexology, titled "The Science of Sex 'Itself'"; and a forthcoming special issue of Transgender Studies Quarterly, "Trans Exclusionary Feminisms and the Global New Right." 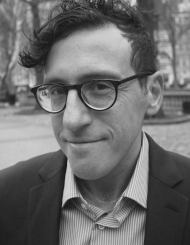 Stephen Vider is assistant professor of history and director of the Public History Initiative at Cornell University. His book, The Queerness of Home: Gender, Sexuality, and the Politics of Domesticity after World War II (University of Chicago Press, 2021) traces how LGBTQ people reshaped domestic life in the postwar United States. His writing has appeared in American Quarterly, Gender & History, and The Public Historian, as well as the New York Times, Avidly, Time, and Slate, among other places.