Driving While Brown:
Sheriff Joe Arpaio versus the Latino Resistance

in conversation with WALTER V. ROBINSON

While payment is not required, we are suggesting a $5 contribution to support this author series, our staff, and the future of Harvard Book Store—a locally owned, independently run Cambridge institution. In addition, by purchasing a copy of Driving While Brown on harvard.com, you support indie bookselling and the writing community during this difficult time.

About Driving While Brown

Journalists Terry Greene Sterling and Jude Joffe-Block spent years chronicling the human consequences of Sheriff Joe Arpaio’s relentless immigration enforcement in Maricopa County, Arizona. In Driving While Brown, they tell the tale of two opposing movements that redefined Arizona’s political landscape—the restrictionist cause embraced by Arpaio and the Latino-led resistance that rose up against it.

The story follows Arpaio, his supporters, and his adversaries, including Lydia Guzman, who gathered evidence for a racial-profiling lawsuit that took surprising turns. Guzman joined a coalition determined to stop Arpaio, reform unconstitutional policing, and fight for Latino civil rights. Driving While Brown details Arpaio's transformation—from "America’s Toughest Sheriff," who forced inmates to wear pink underwear, into the nation’s most feared immigration enforcer who ended up receiving President Donald Trump’s first pardon. The authors immerse readers in the lives of people on both sides of the battle and uncover the deep roots of the Trump administration's immigration policies.

The result of tireless investigative reporting, this powerful book provides critical insights into effective resistance to institutionalized racism and the community organizing that helped transform Arizona from a conservative stronghold into a battleground state.

Praise for Driving While Brown

"Arpaio is, if it’s possible, even Trumpier than Trump. This splendid book is a lively portrait of a demagogic anti-immigration crusader and the people who helped bring him down. But the authors have nonetheless let Arpaio’s own voice be heard, and have listened carefully to people on both sides of the immigration debate that seems certain to rage for decades to come." —Adam Hochschild, author of Lessons from a Dark Time and Other Essays

"Driving While Brown reads like a novel and is at once a rich, intimate portrayal of the excesses of immigration enforcement in one locality in the country as well as an analysis of the forces and power dynamics that make these repressive practices possible in the rest of the country." —Cecilia Menjívar, Dorothy L. Meier Chair in Social Equities and Professor of Sociology, University of California, Los Angeles

"Driving While Brown is an engaging chronicle of hate disguised as populism, from its short shelf life to how it inspired courageous activists to stand up, push back, and launch a movement that’s remaking our political landscape." —Ricardo Sandoval-Palos, PBS Public Editor and coauthor of The Fight in the Fields: Cesar Chavez and the Farmworkers Movement 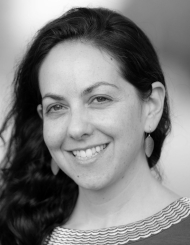 Jude Joffe-Block joined The Associated Press in 2020 as a reporter and editor working in both English and Spanish on the news verification team. Before that, she reported on immigration for more than a decade for outlets that include NPR and the Guardian. She was a visiting journalist at the Russell Sage Foundation and a fellow with New America, the Center for the Future of Arizona, and the Logan Nonfiction Program while co-authoring this book. She began her journalism career in Mexico. 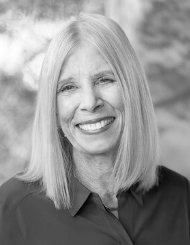 Terry Greene Sterling is affiliated faculty and writer-in-residence at the Walter Cronkite School of Journalism at Arizona State University and editor-at-large for the Arizona Center of Investigative Reporting. She has written one other book, Illegal. Her writing has been published in the Washington Post, Rolling Stone, Newsweek, The Atlantic, Slate, The Daily Beast, The Village Voice, High Country News, The Guardian, and many other publications. The Arizona Press Club has named her the state’s top journalist three times. 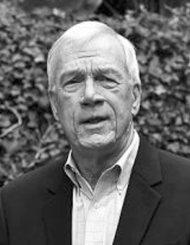 Walter V. Robinson led the Spotlight Team’s investigation that uncovered the Catholic Church sexual abuse scandal. He has been city editor, metro editor, White House correspondent and foreign correspondent. He has reported for the Boston Globe from 48 states and more than 30 countries.