Clandestine America:
Conspiracies from the Nazi “Surrender” to Dallas, Watergate and Beyond

Harvard Book Store's virtual event series and The American Book Center welcome DOUGLAS JOHNSTON—President Emeritus of the International Center for Religion & Diplomacy—and TODD GITLIN—Columbia University professor of journalism—for a discussion of Clandestine America: Conspiracies from the Nazi “Surrender” to Dallas, Watergate and Beyond, a posthumous publication by their friend and contemporary Carl Oglesby.

While payment is not required, we are suggesting a $3 contribution to support this author series, our staff, and the future of Harvard Book Store—a locally owned, independently run Cambridge institution. In addition, by purchasing a copy of Clandestine America on harvard.com, you support indie bookselling and the writing community during this difficult time.

As conspiracy theories reach a heady roil in today’s globally networked environment, Carl Oglesby’s political work offers context and sheds new light upon what may prove to be the mother of all conspiracy theories: “The Secret Ending of World War II,” the ramifications of which have echoed throughout modern American history, from the Kennedy assassination to Watergate and potentially through to the bitter partisanship of 2020 America.

Combining selections of Oglesby’s work on his political awakening, deep state conspiracies of the Kennedy assassination and Watergate, and a previously-unpublished work proposing a shocking secret ending to World War II, Clandestine America invites and motivates readers, scholars and political thinkers to identify a through line—and to question authority, dig deeper, and either refute or validate Oglesby’s horrifying findings.

“Oglesby is one of the few contemporaries I read for the pleasure of clarifying my own thinking. [The Yankee and Cowboy War is] the most readable book on conspiracies and assassinations I have read and also the most stimulating. I think Oglesby is one of our first-rate political writers, skilled, always interesting, and with a rare gift for making political theory as lucid and exciting as a good narrative.” —Norman Mailer

“Written with grace and fervor.” —Howard Zinn about Oglesby’s autobiography, Ravens in the Storm: A Personal History of the 1960s Antiwar Movement 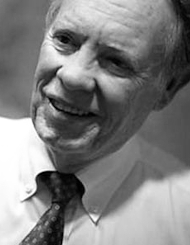 An award-winning author, Douglas M. Johnston, Jr., is President Emeritus and founder of the International Center for Religion and Diplomacy (ICRD). He is a distinguished graduate of the U.S. Naval Academy and holds a Masters Degree in Public Administration and a PhD in Political Science from Harvard University. He has served in senior positions in government, the military, and the private sector, including six years at Harvard where he taught international affairs and was founding director of the University's Executive Program in National and International Security. 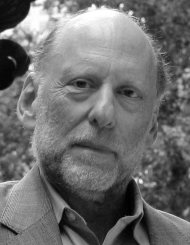 Todd Gitlin is the author of eighteen books, including The Sixties: Years of Hope, Days of Rage; The Twilight of Common Dreams; The Whole World Is Watching, Occupy Nation; Letters to a Young Activist; and The Bulldozer and the Big Tent, and four novels, including, forthcoming in 2021, The Opposition, set in the 1960s, to be published by Guernica Editions. He is a professor of journalism and sociology and chair of the Ph. D. program in Communications at Columbia University.


This family-owned bookstore, opened in 1972, has been quirky, friendly and knowledgeable from the start. The result is a personally curated assortment of titles throughout both stores in Amsterdam and The Hague. For more information, visit https://abc.nl/about.