in conversation with MARIE BRENNER

While payment is not required, we are suggesting a $5 contribution to support this author series, our staff, and the future of Harvard Book Store—a locally owned, independently run Cambridge institution. In addition, by purchasing a copy of Lilyville on harvard.com, you support indie bookselling and the writing community during this difficult time.

From Golda to Ginsburg, Yentl to Mama Rose, Tallulah to the Queen of Mean, Tovah Feldshuh has always played powerful women who aren't afraid to sit at the table with the big boys and rule their world. But offstage, Tovah struggled to fulfill the one role she never auditioned for: Lily Feldshuh's only daughter.

Growing up in Scarsdale, NY in the 1950s, Tovah—known then by her given name Terri Sue—lived a life of piano lessons, dance lessons, shopping trips, and white-gloved cultural trips into Manhattan. In awe of her mother's meticulous appearance and perfect manners, Tovah spent her childhood striving for Lily's approval, only to feel as though she always fell short. Lily's own dreams were beside the point; instead, she devoted herself to Tovah's father Sidney and her two children. Tovah watched Lily retreat into the roles of the perfect housewife and mother and swore to herself, I will never do this.

When Tovah shot to stardom with the Broadway hit Yentl, winning five awards for her performance, she still did not garner her mother's approval. But, it was her success in another sphere that finally gained Lily's attention. After falling in love with a Harvard-educated lawyer and having children, Tovah found it was easier to understand her mother and the sacrifices she had made during the era of the women's movement, the sexual revolution, and the subsequent mandate for women to "have it all."

Beloved as he had been by both women, Sidney's passing made room for the love that had failed to take root during his life. In her new independence, Lily became outspoken, witty, and profane. "Don't tell Daddy this," Lily whispered to Tovah, "but these are the best years of my life." She lived until 103.

In this insightful, compelling, often hilarious and always illuminating memoir, Tovah shares the highs and lows of a remarkable career that has spanned five decades, and shares the lessons that she has learned, often the hard way, about how to live a life in the spotlight, strive for excellence, and still get along with your mother. Through their evolving relationship we see how expectations for women changed, with a daughter performing her heart out to gain her mother's approval and a mother becoming liberated from her confining roles of wife and mother to become her full self.

“[A] lively and engaging narrative . . . Feldshuh has a lot to say and does so with aplomb . . . In a look-back that is always intense, often hilarious, and sometimes fraught. . . . Readers will feel lucky to encounter this delightful memoir.” —Booklist

“A revealing look at family, expectations, and forgiveness, and what it means to perform for audiences of thousands when the voice of one person is all that truly matters.” —Town & Country 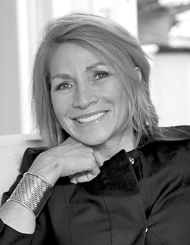 Marie Brenner’s explosive investigative journalism for Vanity Fair has been generating headlines—and powering Hollywood adaptations—ever since Tina Brown hired her in 1984. Her 2002 investigation into the Enron scandal was referenced to question witnesses testifying before a Senate committee, and her in-depth article on the tobacco wars was one of the most compelling reports in V.F.’s history, becoming the basis for the Oscar-nominated film The Insider. Her reporting on war correspondent Marie Colvin’s life was adapted into the 2018 major motion picture A Private War, and Donald Trump bestowed upon her the singular honor of saying in one of his books that her 1990 article “After the Gold Rush” was “one of the worst” stories ever written about him. 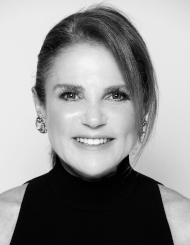 Tovah Feldshuh is a six-time Emmy & Tony nominee and has been awarded three honorary Doctorates of Humane Letters. Additionally, for her theatre work, she has won four Drama Desks, four Outer Critics Circle Awards, three Dramalogues, the Obie, the Theatre World, and the Helen Hayes and Lucille Lortel Awards for Best Actress. She has just been twice nominated as Best Actress in a Drama in Los Angeles for her work in the play Sisters-in-Law by Harvard grad, Jonathan Shapiro, in which she originated the role of Supreme Court Justice Ruth Bader Ginsburg.