White Freedom:
The Racial History of an Idea

Harvard Book Store's virtual event series welcomes TYLER STOVALL—professor of history and dean of the Graduate School of Arts and Sciences at Fordham University—for a discussion of his latest book, White Freedom: The Racial History of an Idea.

While payment is not required, we are suggesting a $3 contribution to support this author series, our staff, and the future of Harvard Book Store—a locally owned, independently run Cambridge institution. In addition, by purchasing a copy of White Freedom on harvard.com, you support indie bookselling and the writing community during this difficult time.

The era of the Enlightenment, which gave rise to our modern conceptions of freedom and democracy, was also the height of the trans-Atlantic slave trade. America, a nation founded on the principle of liberty, is also a nation built on African slavery, Native American genocide, and systematic racial discrimination. White Freedom traces the complex relationship between freedom and race from the eighteenth century to today, revealing how being free has meant being white.

Tyler Stovall explores the intertwined histories of racism and freedom in France and the United States, the two leading nations that have claimed liberty as the heart of their national identities. He explores how French and American thinkers defined freedom in racial terms and conceived of liberty as an aspect and privilege of whiteness. He discusses how the Statue of Liberty—a gift from France to the United States and perhaps the most famous symbol of freedom on Earth—promised both freedom and whiteness to European immigrants. Taking readers from the Age of Revolution to today, Stovall challenges the notion that racism is somehow a paradox or contradiction within the democratic tradition, demonstrating how white identity is intrinsic to Western ideas about liberty. Throughout the history of modern Western liberal democracy, freedom has long been white freedom.

A major work of scholarship that is certain to draw a wide readership and transform contemporary debates, White Freedom provides vital new perspectives on the inherent racism behind our most cherished beliefs about freedom, liberty, and human rights.

"Ambitious in scope, White Freedom traces the racially selective course of the historic expansion of individual freedom. This is an impressive work of scholarship on an issue of enduring moral and political relevance." —Thomas C. Holt, author of Children of Fire: A History of African Americans

"White Freedom is a well-researched and well-written book that is certain to exert significant influence on historical scholarship and critical racial studies." —George Lipsitz, author of The Possessive Investment in Whiteness: How White People Profit from Identity Politics

"Beautifully written and lucidly argued, Tyler Stovall's White Freedom effectively disentangles the idea of freedom from the grip of racialized thinking. Ranging widely across history and geography, Stovall takes the 'white Goddess' of liberty down from her pedestal, with force, erudition, and elegance." —Christopher L. Miller, Yale University 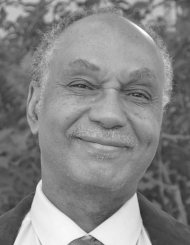 Tyler Stovall is professor of history and dean of the Graduate School of Arts and Sciences at Fordham University. His books include Transnational France: The Modern History of a Universal Nation, Paris Noir: African Americans in the City of Light, and The Rise of the Paris Red Belt.