The Broken Heart of America:
St. Louis and the Violent History of the United States

in conversation with DE NICHOLS

Harvard Book Store's virtual event series welcomes WALTER JOHNSON—Winthrop Professor of History and Professor of African and African American Studies at Harvard University—for a discussion of his latest book, The Broken Heart of America: St. Louis and the Violent History of the United States. He will be joined in conversation by designer and social entrepreneur DE NICHOLS.

While payment is not required, we are suggesting a $3 contribution to support this author series, our staff, and the future of Harvard Book Store—a locally owned, independently run Cambridge institution. In addition, by purchasing a copy of The Broken Heart of America on harvard.com, you support indie bookselling and the writing community during this difficult time.

About The Broken Heart of America

From Lewis and Clark's 1804 expedition to the 2014 uprising in Ferguson, American history has been made in St. Louis. And as Walter Johnson shows in this searing book, the city exemplifies how imperialism, racism, and capitalism have persistently entwined to corrupt the nation's past.

St. Louis was a staging post for Indian removal and imperial expansion, and its wealth grew on the backs of its poor black residents, from slavery through redlining and urban renewal. But it was once also America's most radical city, home to anti-capitalist immigrants, the Civil War's first general emancipation, and the nation's first general strike—a legacy of resistance that endures.

A blistering history of a city's rise and decline, The Broken Heart of America will forever change how we think about the United States.

Praise for The Broken Heart of America

"A magisterial history of the emergence and development of racial capitalism and the rise and decline of American empire examined through the lens of St. Louis . . . The Broken Heart of America tells the best story of America that we have in the spirit of W. E. B. Du Bois. Walter Johnson is one of our very few great US historians!" —Cornel West

"A masterpiece that both haunts and inspires . . . a story that powerfully lifts up the human beings who, in 2014, stood together in Ferguson to demand accountability for the layered injustices that have so scarred not just one city—but America itself." —Heather Ann Thompson 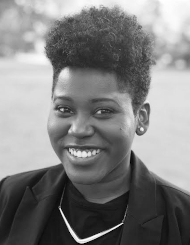 De Nichols is a designer, social entrepreneur, and keynote lecturer who mobilizes young creative change makers to address issues within the built environment through the production of interactive experiences, digital media, and social initiatives. De is currently a Loeb Fellow of the Harvard Graduate School of Design, and she serves as Principal of Design & Social Practice at Civic Creatives, a design and strategy collective she founded in 2015 to help cities more boldly develop creative solutions for the civic and social challenges residents face. Because of her leadership, Nichols has been deemed as a national Ideas that Matter recipient, a two-time Clinton Global Initiative innovator, and a St. Louis Visionary for her community impact. 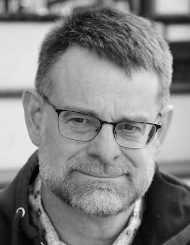 Walter Johnson is Winthrop Professor of History and Professor of African and African American Studies at Harvard University. His previous books are River of Dark Dreams and Soul by Soul, which won the Frederick Jackson Turner Award, the Avery O. Craven Award, and several other prestigious prizes. A Missouri native, he lives in Arlington, MA.