Colorization:
One Hundred Years of Black Films in a White World

in conversation with PETER GURALNICK

Harvard Book Store's virtual event series welcomes acclaimed journalist WIL HAYGOOD—author of The Butler, Showdown, and Tigerland—for a discussion of his latest book, Colorization: One Hundred Years of Black Films in a White World. He will be joined in conversation by music critic PETER GURALNICK, the award-winning author of Careless Love: The Unmaking of Elvis Presley.

While payment is not required, we are suggesting a $5 contribution to support this author series, our staff, and the future of Harvard Book Store—a locally owned, independently run Cambridge institution. In addition, by purchasing a copy of Colorization on harvard.com, you support indie bookselling and the writing community during this difficult time.

Beginning in 1915 with D. W. Griffith's The Birth of a Nation—which glorified the Ku Klux Klan and became Hollywood's first blockbuster—Wil Haygood gives us an incisive, fascinating, little-known history, spanning more than a century, of Black artists in the film business, on-screen and behind the scenes.

He makes clear the effects of changing social realities and events on the business of making movies and on what was represented on the screen: from Jim Crow and segregation to white flight and interracial relationships, from the assassination of Malcolm X, to the O. J. Simpson trial, to the Black Lives Matter movement. He considers the films themselves—including Imitation of Life, Gone with the Wind, Porgy and Bess, the Blaxploitation films of the seventies, Do The Right Thing, 12 Years a Slave, and Black Panther. And he brings to new light the careers and significance of a wide range of historic and contemporary figures: Hattie McDaniel, Sidney Poitier, Berry Gordy, Alex Haley, Spike Lee, Billy Dee Willliams, Richard Pryor, Halle Berry, Ava DuVernay, and Jordan Peele, among many others.

An important, timely book, Colorization gives us both an unprecedented history of Black cinema and a groundbreaking perspective on racism in modern America.

"Haygood . . . has become a master craftsman, one whose joinery is seamless . . . This is sweeping history, but in Haygood’s hands it feels crisp, urgent and pared down. He doesn’t try to be encyclopedic. He takes a story he needs, tells it well, and ties it to the next one. He carries you along on dispassionate analysis and often novelistic detail . . . this is important, spirited popular history. Like a good movie, it pops from the start." —Dwight Garner, New York Times

“At once a film book, a history book, and a civil rights book, Haygood’s tome is a stunning achievement in every possible way: extensively researched, intricately detailed, beautifully written, and massively entertaining. Colorization is, without a doubt, not only the very best film book of 2021, but it is also one of the best books of the year in any genre. An absolutely essential read.” —Scott Neumyer, Shondaland

"The struggle of Black directors and actors to make movies on equal terms is explored in this sweeping historical study. Journalist and biographer Haygood (The Butler) surveys the Black presence in American cinema back to the silent era . . . Haygood centers his narrative on punchy biographical sketches of Black filmmakers and piquant making-of tableaux . . . ably filling in the historical context from the Harlem Renaissance to the George Floyd protests. The result is an engrossing account of a vital but often slighted cinematic tradition, full of fascinating lore." —Publishers Weekly 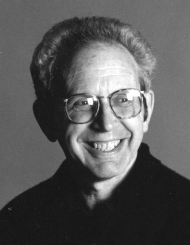 Peter Guralnick’s books include the prize-winning two-volume biography of Elvis Presley, Last Train to Memphis and Careless Love; an acclaimed trilogy on American roots music, Feel Like Going Home, Lost Highway, and Sweet Soul Music; the biographical inquiry Searching for Robert Johnson; and Dream Boogie: The Triumph of Sam Cooke. His 2015 book Sam Phillips: The Man Who Invented Rock ’n’ Roll was a finalist for the Plutarch Award for Best Biography of the Year, awarded by the Biographers International Organization. His most recent book is Looking to Get Lost: Adventures in Music and Writing. 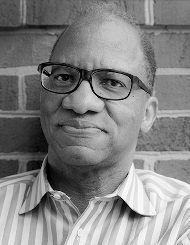 Wil Haygood is the author of Tigerland, which was a finalist for the Dayton Literary Peace Prize; Showdown, a finalist for an NAACP Image Award; In Black and White; and The Butler, which was made into a film directed by Lee Daniels. He has been a correspondent for the Washington Post and Boston Globe, where he was a Pulitzer finalist. Haygood is a Guggenheim and National Endowment for the Humanities Fellow, and is currently Boadway Visiting Distinguished Scholar at Miami University in Oxford, Ohio.