The Hidden Case of Ewan Forbes:
And the Unwritten History of the Trans Experience

Harvard Book Store's virtual event series welcomes celebrated LGBTQI activist ZOË PLAYDON—the Emeritus Professor of Medical Humanities at the University of London—for a discussion of her latest book, The Hidden Case of Ewan Forbes: And the Unwritten History of the Trans Experience.

While payment is not required, we are suggesting a $5 contribution to support this author series, our staff, and the future of Harvard Book Store—a locally owned, independently run Cambridge institution. In addition, by purchasing a copy of The Hidden Case of Ewan Forbes on harvard.com, you support indie bookselling and the writing community during this difficult time.

About The Hidden Case of Ewan Forbes

Ewan Forbes was born to a wealthy, landowning family, holders of a baronetcy, in Aberdeenshire, Scotland, in 1912. Assigned female at birth, his true identity was nevertheless clear even in childhood—and so, with the support of his mother, he was taken to European specialists and eventually treated with early preparations of synthetic testosterone. Raised as a boy at home but socially obliged to present himself as a girl in public until his official coming out to the Queen, Ewan grew up, became a doctor, and got married. (This required him to change the sex on his birth certificate, which was possible at that time without much fuss.) For decades, he lived a quiet life as a husband, doctor, and a pillar of the local community.

But in 1965, Ewan’s older brother died unexpectedly—meaning that Ewan was set to inherit the baronetcy. His title could only be inherited by the next oldest man in the family and when his cousin John—spurred on by Ewan’s sister—contested the inheritance he was forced to defend his male status in Scotland’s supreme civil court, where he prevailed.

This hugely important case would have changed the lives of trans people across the world—if it hadn’t been hidden. The hearing was conducted privately, the media were gagged, and those involved were sworn to secrecy. The case remained unknown until 1996 and now finally is described here, along with the life of Ewan Forbes, for the first time. Enlightening and galvanizing, The Hidden Case of Ewan Forbes is a singular contribution to trans history and the ongoing struggle for trans rights.

Praise for The Hidden Case of Ewan Forbes

"Zoë Playdon shines dazzling light on the case of an early trans pioneer, a man whose dignity and courage remain an inspiration to a new generation of trans people, and those that love us.  Abundant with compassion, clarity, and meticulous research, Ms. Playdon ensures that Ewan Forbes’s case will remain hidden no more.  Urgent, generous, and wise.” —Jennifer Finney Boylan, author of She’s Not There and Good Boy

"A detective story featuring bitter family conflicts, secret legal battles, and a deep dive into the history of sexology, The Hidden Case of Ewan Forbes is a compulsive page turner as well as an enlightening, ultimately sobering, journey through the most intricate corners of LGBT history. Moving from baronial estates in Scotland to the permissive world of 1960s swinging London, Zoë Playdon deftly weaves together multiple narratives of transgender history to brilliantly place Ewen Forbes’s story and struggle in historical context. A gripping and important book." —Michael Bronski, Professor of the Practice in Activism and Media Studies of Women, Gender and Sexuality at Harvard University

"Zoë Playdon has written a formidable book which is unputdownable. The more I read the more I wanted to know . . . A breathtaking story, magnificently researched and told and which lays bare how rights are fought for, [how they] are always under attack, and the human suffering discrimination perpetuates. I was moved, fired with anger at the injustice and thankful that Zoë had dedicated years of determination to unravel and reveal this heartrending story. It is a wake-up call; until we are all equal, none of us are." —Lord Cashman, Commander of the Order of the British Empire, actor, writer, politician 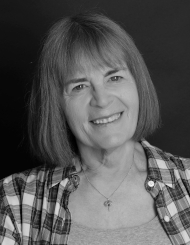 Zoë Playdon is the Emeritus Professor of Medical Humanities at the University of London and a Council member of the Association for Medical Humanities. She holds five degrees, including two doctorates. Zoë is a former co-chair of the Gay and Lesbian Association of Doctors and Dentists [GLADD] and co-founded the Parliamentary Forum on Gender Identity in 1994. She has thirty years’ experience of front-line work in LGBTI human rights, including supporting and advising on UK and European legal cases.