Nation on the Take:
How Big Money Corrupts Our Democracy and What We Can Do About It

Harvard Book Store welcomes senior analyst at the Center for Public Integrity WENDELL POTTER and executive director of the organization Issue One NICK PENNIMAN for a discussion of their book Nation on the Take: How Big Money Corrupts Our Democracy and What We Can Do About It.

About Nation on the Take

American democracy has become coin operated. Special interest groups increasingly control every level of government. The necessity of raising huge sums of campaign cash has completely changed the character of politics and policy making, determining what elected representatives stand for and how they spend their time. The marriage of great wealth and intense political influence has rendered our country unable to address our most pressing problems, from runaway government spending to climate change to the wealth gap. It also defines our daily lives: from the cars we drive to the air we breathe to the debt we owe.

In this powerful work of reportage, Wendell Potter and Nick Penniman, two vigilant watchdogs, expose legalized corruption and link it to the kitchen-table issues citizens face every day. Inciting our outrage, the authors then inspire us by introducing us to the army of reformers laying the groundwork for change, ready to be called into action. The battle plan for reform presented is practical, realistic, and concrete. No one-except some lobbyists and major political donors-likes business as usual, and this book intends to help forge a new army of reformers who are compelled by a patriotic duty to fight for a better democracy.

An impassioned, infuriating, yet ultimately hopeful call to arms, Nation on the Take lays bare the reach of moneyed interests and charts a way forward, toward the recovery of America's original promise.

"There could be no more important or timely book than Nation on the Take. Potter and Penniman make a compelling case that moneyed interests have seized control of the levers of power in ways we haven’t seen since the Gilded Age. This is a stirring guide for how we can work together to reclaim our democracy and reunify our country." —Doris Kearns Goodwin

"Nation on the Take is a timely and inspired book about a uniquely American problem. But Penniman and Potter don’t merely draw our attention to the ways money dominates politics--they expertly show how the crisis connects with our daily lives and offer a path forward that includes people from all walks of life and all political persuasions." —Arianna Huffington 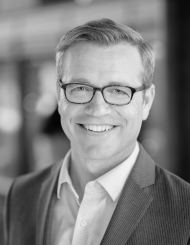 Nick Penniman is executive director of the organization Issue One. He was previously publisher of the Washington Monthly and director of the Huffington Post Investigative Fund. 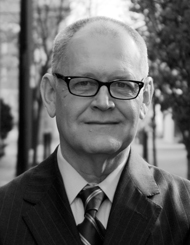 Wendell Potter is a senior analyst at the Center for Public Integrity, the senior fellow on health care at the Center for Media and Democracy, and a leading critic of the health insurance industry. His book Deadly Spin won the 2011 Ridenhour Book Prize.