Harvard Book Store is pleased to welcome bestselling author WILL SELF for a reading of his latest book, which was shortlisted for the 2012 Man Booker Prize, Umbrella.

Radical and uncompromising, Umbrella is a tour de force from one of England’s most acclaimed contemporary writers, and Self’s most ambitious novel to date. Moving between Edwardian London and a suburban mental hospital in 1971, Umbrella exposes the twentieth century’s technological searchlight as refracted through the dark glass of a long term mental institution. While making his first tours of the hospital at which he has just begun working, maverick psychiatrist Zachary Busner notices that many of the patients exhibit a strange physical tic: rapid, precise movements that they repeat over and over. One of these patients is Audrey Dearth, an elderly woman born in the slums of West London in 1890. Audrey’s memories of a bygone Edwardian London, her lovers, involvement with early feminist and socialist movements, and, in particular, her time working in an umbrella shop, alternate with Busner’s attempts to treat her condition and bring light to her clouded world. Busner’s investigations into Audrey’s illness lead to discoveries about her family that are shocking and tragic.

“A work of throwback modernism . . . an erudite yet barking mad novel about barking madness. . . . You give yourself over to Umbrella in flashes, as if it were a radio station you’re unable to tune in that you suspect is playing the most beautiful song you will ever hear. . . this novel locks into moments of ungodly beauty and radiant moral sympathy. . . . a bitter critique of how society has viewed (and cared for) those with mental illnesses. It’s about myriad other things too: class, the changing nature of British society, trench warfare in World War I, how technology can be counted on to upend everything. At heart it’s a novel about seeing. . . . Mr. Self often enough writes with such vividness it’s as if he is the first person to see anything at all.”—The New York Times

“A savage and deeply humane novel. . . . . Umbrella is an old-fashioned modernist tale with retrofitted ambitions to boot. . . . Self has always been a fabulous writer. . . . The result is page after page of gorgeously musical prose. Self’s sentences bounce and weave, and like poetry, they refract. The result is mesmerizing. . . . In its best moments, Umbrella compels a reader to the heights of vertigo Woolf excelled at creating.. . . . a triumph of form. With this magnificent novel Will Self reminds that he is Britain’s reigning poet of the night.”—Boston Globe 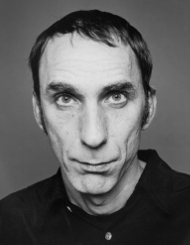