The Hero's Body:
A Memoir

Harvard Book Store welcomes WILLIAM GIRALDI, author of the novels Busy Monsters and Hold the Dark, for a discussion of his latest work. The Hero's Body is a memoir of motorcycles and muscles, of obsession and grief, and of a young man who learned how to stay alive through literature.

About The Hero's Body

At just forty-seven years old, William Giraldi’s father was killed in a horrific motorcycle crash while racing on a country road. This tragedy, which forever altered the young Giraldi and devastated his family, provides the pulse for The Hero’s Body. In the tradition of Andre Dubus III’s Townie, this is a deep-seeing investigation into two generations of men from the working-class town of Manville, New Jersey, including Giraldi’s own forays into obsessive bodybuilding as a teenager desperate to be worthy of his family’s pitiless, exacting codes of manhood. Lauded by The New Yorker for his “unrelenting, perfectly paced prose,” Giraldi writes here with daring, searing honesty about the fragility and might of the American male. An unflinching memoir of luminous sorrow, a son’s tale of a lost father and the ancient family strictures of extreme masculinity, The Hero’s Body is a work of lasting beauty by one of our most fearless writers.

"In The Hero's Body, William Giraldi offers a smart, mournful meditation on what it means to be a man at this point in human history when heroic size and strength suddenly count for less, leaving men who pride themselves on such vestigial masculine qualities untethered to both the culture and themselves. Must reading, and not just for men." —Richard Russo, author of Nobody's Fool and Empire Falls

“The Hero's Body provides profound insight into the world of men, their obsessions, their compulsions, their extreme vulnerabilities. This is a beautiful book about bodies that go beyond beauty and into the macabre. Giraldi writes prose that singes as it sings, that never falters in its riveting narrative about strength and speed and grief. I love this book and feel wiser for having read it.” —Lauren Slater, author of Prozac Diary and Lying: A Metaphorical Memoir

“Giraldi provides a respectful homage to his father, who died ‘attempting to be worthy of an ancient code,’ but he also pays tribute to the working-class male and the unspoken codes of machismo. A hearty, bittersweet familial chronicle of masculinity drawing on the underappreciated bond between fathers and sons.” —Kirkus Reviews (starred review) 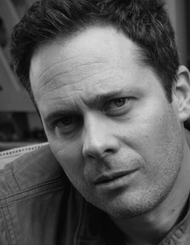 William Giraldi is author of the novels Busy Monsters, Hold the Dark (a Netflix feature film), and About Face, the memoir The Hero's Body, and a collection of literary criticism, American Audacity (all published by W.W. Norton). He is the recipient of a Guggenheim Fellowship, an Artist Fellowship from the Massachusetts Cultural Council, and is Master Lecturer in the Writing Program at Boston University.