A novel of breathtaking sweep and emotional power that traces three hundred years in Ghana and along the way also becomes a truly great American novel. Extraordinary for its exquisite language, its implacable sorrow, its soaring beauty, and for its monumental portrait of the forces that shape families and nations, Homegoing heralds the arrival of a major new voice in contemporary fiction.

Two half-sisters, Effia and Esi, are born into different villages in eighteenth-century Ghana. Effia is married off to an Englishman and lives in comfort in the palatial rooms of Cape Coast Castle. Unbeknownst to Effia, her sister, Esi, is imprisoned beneath her in the castle’s dungeons, sold with thousands of others into the Gold Coast’s booming slave trade, and shipped off to America, where her children and grandchildren will be raised in slavery. One thread of Homegoing follows Effia’s descendants through centuries of warfare in Ghana, as the Fante and Asante nations wrestle with the slave trade and British colonization. The other thread follows Esi and her children into America. From the plantations of the South to the Civil War and the Great Migration, from the coal mines of Pratt City, Alabama, to the jazz clubs and dope houses of twentieth-century Harlem, right up through the present day, Homegoing makes history visceral, and captures, with singular and stunning immediacy, how the memory of captivity came to be inscribed in the soul of a nation.

Generation after generation, Yaa Gyasi’s magisterial first novel sets the fate of the individual against the obliterating movements of time, delivering unforgettable characters whose lives were shaped by historical forces beyond their control. Homegoing is a tremendous reading experience, not to be missed, by an astonishingly gifted young writer.

“Gyasi’s characters are so fully realized, so elegantly carved—very often I found myself longing to hear more. Craft is essential given the task Gyasi sets for herself—drawing not just a lineage of two sisters, but two related peoples. Gyasi is deeply concerned with the sin of selling humans on Africans, not Europeans. But she does not scold. She does not excuse. And she does not romanticize. The black Americans she follows are not overly virtuous victims. Sin comes in all forms, from selling people to abandoning children. I think I needed to read a book like this to remember what is possible. I think I needed to remember what happens when you pair a gifted literary mind to an epic task. Homegoing is an inspiration.” —Ta-Nehisi Coates, National Book Award winning author of Between the World and Me

"Homegoing is a remarkable feat—a novel at once epic and intimate, capturing the moral weight of history as it bears down on individual struggles, hopes, and fears. A tremendous debut.” —Phil Klay, National Book Award winning author of Redeployment 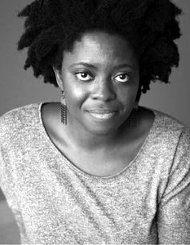 Yaa Gyasi was born in Ghana and raised in Huntsville, Alabama. She holds a BA in English from Stanford University and an MFA from the Iowa Writers’ Workshop, where she held a Dean’s Graduate Research Fellowship. She lives in Berkeley, California.