In Order to Live:
A North Korean Girl's Journey to Freedom

Harvard Book Store welcomes human rights activist YEONMI PARK for a discussion of her book In Order to Live: A North Korean Girl's Journey to Freedom.

Yeonmi Park was not dreaming of freedom when she escaped from North Korea. She didn’t even know what it meant to be free. All she knew was that she was running for her life, that if she and her family stayed behind they would die—from starvation, or disease, or even execution.

In Order to Live is the story of Park’s struggle to survive in the darkest, most repressive country on earth; her harrowing escape to South Korea through China’s underworld of smugglers and human traffickers; and her emergence as a leading human rights activist—all before her twenty-first birthday.

Park was born to a family of civil servants in the North Korean city  of Hyesan, along the Chinese border. She grew up in a society in which the regime controls everything you do, everything you learn, where you go, what you say, even what you think. In this warped world, famine was a way of life and minor offenses, such as watching foreign videos, could prove fatal.

Park’s family was relatively privileged until her father, a party member, was arrested for smuggling. After that, life in North Korea became a ceaseless battle against starvation. Escaping with her mother, Park began a long journey of unspeakable hardship and degradation through China and Mongolia, which finally yielded her freedom in South Korea. Today Park is an influential leader of the younger generations of Korean dissidents and an internationally recognized advocate for human rights around the world.

In the end, In Order to Live is about the resilience of the human spirit and the transcendent power of love to overcome the most ghastly horrors and the most hopeless circumstances. “I had to learn how to love others,” says Yeonmi Park. “And now I am willing to die for them.” 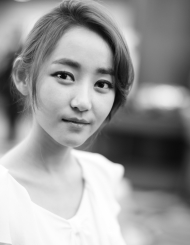 Yeonmi Park is a human rights activist who was born in North Korea.