The House of Government:
A Saga of the Russian Revolution

in conversation with TERRY MARTIN

Harvard Book Store welcomes National Jewish Book Award–winning historian YURI SLEZKINE for a discussion on his latest book, The House of Government: A Saga of the Russian Revolution. Professor Slezkine will be joined in conversation by TERRY MARTIN, George F. Baker III Professor of Russian Studies at Harvard University.

About The House of Government

On the 100th anniversary of the Russian Revolution, historian Yuri Slezkine tells the epic story of an enormous apartment building where Communist true believers lived before their destruction.

The House of Government is unlike any other book about the Russian Revolution and the Soviet experiment. Written in the tradition of Tolstoy's War and Peace, Grossman’s Life and Fate, and Solzhenitsyn’s The Gulag Archipelago, Yuri Slezkine’s gripping narrative tells the true story of the residents of an enormous Moscow apartment building where top Communist officials and their families lived before they were destroyed in Stalin’s purges. A vivid account of the personal and public lives of Bolshevik true believers, the book begins with their conversion to Communism and ends with their children’s loss of faith and the fall of the Soviet Union.

Completed in 1931, the House of Government, later known as the House on the Embankment, was located across the Moscow River from the Kremlin. The largest residential building in Europe, it combined 505 furnished apartments with public spaces that included everything from a movie theater and a library to a tennis court and a shooting range. Slezkine tells the chilling story of how the building’s residents lived in their apartments and ruled the Soviet state until some eight hundred of them were evicted from the House and led, one by one, to prison or their deaths.

Drawing on letters, diaries, and interviews, and featuring hundreds of rare photographs, The House of Government weaves together biography, literary criticism, architectural history, and fascinating new theories of revolutions, millennial prophecies, and reigns of terror. The result is an unforgettable human saga of a building that, like the Soviet Union itself, became a haunted house, forever disturbed by the ghosts of the disappeared.

"An utterly gripping masterwork. As residents of the House of Government enjoy privileged childhoods, fall in love and marry, rise to power, betray each other, and are arrested and shot, we learn about the peculiar nature of Bolshevism and get a new history of Russia. But the book’s compelling brilliance is its living organic nature—a mixture of historical narrative, novel, and family saga with echoes of Grossman, Pasternak, Solzhenitsyn, and even Tolstoy." —Simon Sebag Montefiore, author of Stalin: The Court of the Red Tsar

"The House of Government traces the public and personal lives of residents of a unique, elite Moscow housing complex as they evolve from fanatic Bolshevik revolutionaries—dreaming of a Marxist utopia and determined to shed blood to create it—to victims of Stalin’s terror. Based on diaries, letters, memoirs, and interviews, featuring hundreds of rare photos, and combining history, biography, and social theory, this cornucopia of a book is a tour de force." —William Taubman, Pulitzer Prize–winning author of Khrushchev: The Man and His Era and Gorbachev: His Life and Times

"An incomparable masterpiece, Slezkine’s account of the lives of elite Bolshevik families is as fascinating as a nineteenth-century Russian novel. He builds real drama and pathos into the stories of these people, and we find ourselves hoping against hope that they will survive. Yet this is history of the highest rigor. It would take several lifetimes for mere mortals to locate, read, and figure out what to do with the diaries, letters, notebooks, and drawings Slezkine found in the archives. This family saga heightens the tragedy of the Russian Revolution and gives the reader a quality of understanding rarely achieved by any work of history." —Lewis H. Siegelbaum, co-editor of Stalinism as a Way of Life and author of Cars for Comrades 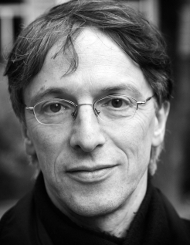 Yuri Slezkine is the Jane K. Sather Professor of History at the University of California, Berkeley. His books include The Jewish Century, which won the National Jewish Book Award.