All Strangers Are Kin:
Adventures in Arabic and the Arab World

Harvard Book Store and the Center for Arabic Culture welcome travel writer Zora O’Neill for a discussion of her book All Strangers Are Kin: Adventures in Arabic and the Arab World.

About All Strangers Are Kin

“The shadda is the key difference between a pigeon (hamam) and a bathroom (hammam). Be careful, our professor advised, in the first moment of outright humor in class, that you don’t ask a waiter, ‘Excuse me, where is the pigeon?’—or, conversely, order a roasted toilet.”

If you’ve ever studied a foreign language, you know what happens when you first truly and clearly communicate with another person. As Zora O’Neill recalls, you feel like a magician. If that foreign language is Arabic, you just might feel like a wizard.

They say that Arabic takes seven years to learn and a lifetime to master. O’Neill had put in her time. Steeped in grammar tomes and outdated textbooks, she faced an increasing certainty that she was not only failing to master Arabic, but also driving herself crazy. She took a decade-long hiatus, but couldn’t shake her fascination with the language or the cultures it had opened up to her. So she decided to jump back in—this time with a new approach.

Join O’Neill for a grand tour through the Middle East. You will laugh with her in Egypt, delight in the stories she passes on from the United Arab Emirates, and find yourself transformed by her experiences in Lebanon and Morocco. She’s packed her dictionaries, her unsinkable sense of humor, and her talent for making fast friends of strangers. From quiet, bougainvillea-lined streets to the lively buzz of crowded medinas, from families’ homes to local hotspots, she brings a part of the world that is thousands of miles away right to your door.

A natural storyteller with an eye for the deeply absurd and the deeply human, O’Neill explores the indelible links between culture and communication. A powerful testament to the dynamism of language, All Strangers Are Kin reminds us that learning another tongue leaves you rich with so much more than words.

"O’Neill doesn’t teach readers to be fluent in Arabic, but she imparts a more valuable lesson on how (and how not) to learn a language, and the journey is more fascinating than the result." —Publishers Weekly

"Part travelogue, part Bildungsroman, part ethnography, this work is as intricate and nuanced as the Arabic language itself. O'Neill masterfully weaves together vignettes, linguistic musings, and a colorful cast of thousands into an always-thoughtful, often hysterically funny paean to a part of the world about which most Americans remain woefully ignorant." —Suketu Mehta, author of Maximum City: Bombay Lost and Found 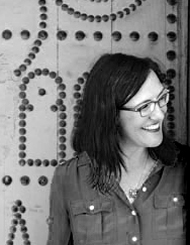 Zora O'Neill is longtime traveler, interested particularly in languages and traditional foods. She has written or contributed to more than a dozen guidebooks, and co-authored a cookbook. She lives in Queens, New York.


The Center for Arabic Culture: www.cacboston.org