Demagogue:
The Life and Long Shadow of Senator Joe McCarthy

in conversation with TIMOTHY NAFTALI

Harvard Book Store welcomes LARRY TYE—author of the bestselling biographies Bobby Kennedy: The Making of a Liberal Icon and Satchel: The Life and Times of an American Legend—for a discussion of his latest book, Demagogue: The Life and Long Shadow of Senator Joe McCarthy. He will be joined in conversation with TIMOTHY NAFTALI, clinical associate professor of public service and history at New York University and co-author of Impeachment: An American History.

While payment is not required, we are suggesting a $3 contribution to support this author series, our staff, and the future of Harvard Book Store—a locally owned, independently run Cambridge institution. In addition, by purchasing a copy of Demagogue on harvard.com, you support indie bookselling and the writing community during this difficult time.

In the long history of American demagogues, from Huey Long to Donald Trump, never has one man caused so much damage in such a short time as Senator Joseph McCarthy. We still use “McCarthyism” to stand for outrageous charges of guilt by association, a weapon of polarizing slander. From 1950 to 1954, McCarthy destroyed many careers and even entire lives, whipping the nation into a frenzy of paranoia, accusation, loyalty oaths, and terror. When the public finally turned on him, he came crashing down, dying of alcoholism in 1957. Only now, through bestselling author Larry Tye’s exclusive look at the senator’s records, can the full story be told.

Demagogue is a masterful portrait of a human being capable of immense evil, yet beguiling charm. McCarthy was a tireless worker and a genuine war hero. His ambitions knew few limits. Neither did his socializing, his drinking, nor his gambling. When he finally made it to the Senate, he flailed around in search of an agenda and angered many with his sharp elbows and lack of integrity. Finally, after three years, he hit upon anti-communism. By recklessly charging treason against everyone from George Marshall to much of the State Department, he became the most influential and controversial man in America. His chaotic, meteoric rise is a gripping and terrifying object lesson for us all. Yet his equally sudden fall from fame offers reason for hope that, given the rope, most American demagogues eventually hang themselves.

“In an age when we see the resurrection of Senator Joe McCarthy’s tactics—exaggeration and lies, guilt by association, the smearing of political opponents, and above all the acquiescence of enablers who know better—Larry Tye’s Demagogue is a gripping, essential read. Drawing on records newly unsealed after sixty years, Tye explains how McCarthy’s fear-mongering caught fire, offering timely insight into the rise of bullies and what is required to defeat them.” —Samantha Power, former US Ambassador to the United Nations and New York Times bestselling author of The Education of an Idealist

“Tye takes us, step by step, as one of America’s most dangerous right-wing populists learns how to use fear and deception to vault his way into power and threaten our country’s most basic rights. The lessons for today are all too clear.” —Steven Levitsky, coauthor of How Democracies Die

“Larry Tye's deeply reported Demagogue accomplishes two essential tasks at once. As first-rate biographies do, it lifts Joe McCarthy from stereotype to vivid flesh, while also using the past to illuminate the present." —David Maraniss, Pulitzer Prize-winning author of A Good American Family: The Red Scare and My Father 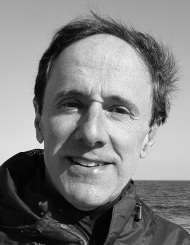 Larry Tye is the best-selling author of Bobby Kennedy and Satchel, as well as Superman, The Father of Spin, Home Lands, and Rising from the Rails. He is also co-author, with Kitty Dukakis, of Shock. Previously an award-winning reporter and national writer at the Boston Globe and a Nieman Fellow at Harvard University, he now runs the Boston-based Health Coverage Fellowship. He lives in Massachusetts. 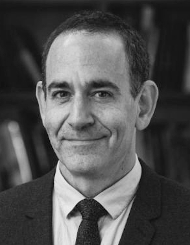 Timothy Naftali, a Clinical Associate Professor of Public Service and a Clinical Associate Professor of History, is director of NYU's undergraduate Public Policy Major. A native of Montreal and a graduate of Yale with a doctorate in history from Harvard, Naftali writes on national security and intelligence policy, international history and presidential history. He is co-author of the the prize-winning One Hell of a Gamble: Khrushchev, Castro and Kennedy, 1958-1964 and Khrushchev’s Cold War and author—as a consultant to the 9/11 Commission—of Blind Spot: The Secret History of American Counterterrorism. Most recently, with Peter Baker, Jeffrey Engel and Jon Meacham, he wrote Impeachment: An American History.