Till We Have Built Jerusalem:
Architects of a New City

Harvard Book Store welcomes prize-winning author and Guggenheim fellow ADINA HOFFMAN for a discussion of her latest book, Till We Have Built Jerusalem: Architects of a New City.

About Till We Have Built Jerusalem

A remarkable view of one of the world’s most beloved and troubled cities, Adina Hoffman’s Till We Have Built Jerusalem is a gripping and intimate journey into the very different lives of three architects who helped shape modern Jerusalem.

The book unfolds as an excavation and opens with the arrival in 1930s Jerusalem of the celebrated Berlin architect Erich Mendelsohn, a refugee from Hitler’s Germany, who must reckon with a complex new Middle Eastern reality. Next we meet Austen St. Barbe Harrison, Palestine’s chief government architect from 1922-1937. Steeped in the traditions of Byzantine and Islamic building, this “most private of public servants” finds himself working under the often stifling and violent conditions of British rule. And in the riveting final section, Hoffman herself sets out through the battered streets of today’s Jerusalem searching for traces of a possibly Greek, possibly Arab architect named Spyro Houris. Once a fixture on the local scene, Houris is now utterly forgotten, though his grand, Armenian-tile-clad buildings still stand, a ghostly testimony to the cultural fluidity that has historically characterized Jerusalem at its best.

A beautifully written rumination on memory and forgetting, place and displacement, Till We Have Built Jerusalem uncovers ramifying layers of one great city’s buried history as it asks what it means, everywhere, to be foreign and to belong.

“[A] scintillating study . . . Hoffman profiles three architects working in Palestine under British rule from 1918 to 1948 . . . The result is both vivid architectural criticism and an illuminating meditation on why Jerusalem’s divisions now seem intractable.” —Publishers Weekly

"Adina Hoffman is that very rare writer who moves lightly across vast realms of knowledge, transmuting the most intransigent material into illuminating and affecting narratives. Here is a book about the making of a city that is as emotionally potent as it is intellectually bracing." —Pankaj Mishra, author of From the Ruins of Empire: The Revolt Against the West and the Remaking of Asia

“Adina Hoffman does for Jerusalem what great writers have done for Paris, London, and New York: with charm, skill, and originality, she weaves together a vivid social and architectural history of one of the fabled cities of the world.” —Vivian Gornick, author of The Odd Woman and the City 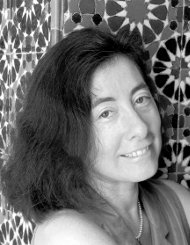 Adina Hoffman is the author of House of Windows: Portraits from a Jerusalem Neighborhood and My Happiness Bears No Relation to Happiness: A Poet's Life in the Palestinian Century, named one of the best twenty-five books of 2009 by the Barnes & Noble Review. She is also the author, with Peter Cole, of Sacred Trash: The Lost and Found World of the Cairo Geniza, the American Library Association's Jewish Book of the Year. The recipient of a Guggenheim fellowship, she was awarded one of the inaugural (2013) Windham Campbell Prizes. She divides her time between Jerusalem and New Haven.