A Tribute to Anthony Shadid

Harvard Book Store, together with the Shorenstein Center and the Nieman Foundation, invites you to a tribute to Pulitzer Prize–winner and New York Times correspondent Anthony Shadid.

Anthony Shadid, a gifted foreign correspondent whose graceful dispatches for The New York Times, The Washington Post, The Boston Globe and The Associated Press covered nearly two decades of Middle East conflict and turmoil, died on Thursday February 16 while on a reporting assignment in Syria.

In the days since his passing, much has been said about Anthony Shadid's courage, compassion, great talent as a journalist and writer, and deep insight into the culture and politics of the Middle East. This tribute was organized in an effort to gather those who knew and worked with Shadid for a reflection on his life and work. 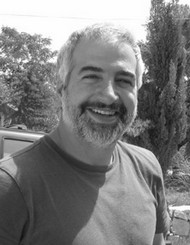 Anthony Shadid, a gifted foreign correspondent whose graceful dispatches for The New York Times, The Washington Post, The Boston Globe and The Associated Press covered nearly two decades of Middle East conflict and turmoil, died on Thursday February 16 while on a reporting assignment in Syria. Until December 2009, he served as the Baghdad bureau chief of the Washington Post. Shadid won the Pulitzer Prize for International Reporting in 2004 for his coverage of the U.S. invasion of Iraq and the occupation that followed. He won the Pulitzer Prize again in 2010 for his coverage of Iraq as the United States began its withdrawal. In 2007, he was a finalist for the Pulitzer Prize for his coverage of Lebanon. He has also received the American Society of Newspaper Editors’ award for deadline writing (2004), the Overseas Press Club’s Hal Boyle Award for best newspaper or wire service reporting from abroad (2004) and the George Polk Award for foreign reporting (2003).  Shadid is the author of three books, Legacy of the Prophet: Despots, Democrats and the New Politics of Islam, Night Draws Near: Iraq’s People in the Shadow of America’s War, and House of Stone: A Memoir of Home, Family and a Lost Middle East.