Every Song Ever:
Twenty Ways to Listen in an Age of Musical Plenty

in conversation with STEVE SMITH

Harvard Book Store welcomes New York Times music critic BEN RATLIFF and assistant arts editor for The Boston Globe STEVE SMITH for a discussion of Ratliff's book Every Song Ever: Twenty Ways to Listen in an Age of Musical Plenty.

About Every Song Ever

What is listening in the digital era? Today, new technologies make it possible for us to roam instantly and experimentally across musical languages and generations, from Detroit techno to jam bands to baroque opera—or to drive deeper into the set of tastes that we already have. Either way, we can listen to nearly anything, at any time. The possibilities in this new age of listening overturn old assumptions about what it means to properly appreciate music—to be an “educated” listener.

In Every Song Ever, the veteran New York Times music critic Ben Ratliff reimagines the very idea of music appreciation for our times. As familiar subdivisions like “rock” or “jazz” matter less and less and music’s accessible past becomes longer and broader, listeners can put aside the intentions of composers or musicians and engage music afresh on their own terms. Ratliff isolates signal musical experiences—such as listening to repetition, speed, and virtuosity—and traces them across wildly diverse recordings to reveal unexpected connections. When we listen for slowness, for instance, we may detect surprising affinities between the drone metal of Sunn O))), the mixtape manipulations of DJ Screw, Sarah Vaughan singing “Lover Man,” and the final works of Shostakovich. And if we listen for closeness, we might notice how the tight harmonies of bluegrass vocals illuminate the virtuosic synchrony of John Coltrane’s quartet. Ratliff also goes in search of “the perfect moment”; considers what it means to hear emotion, by sampling the complex sadness that powers the music of Nick Drake and Slayer; and examines the meaning of certain listening behaviors, such as the impulse to document and possess the entire performance history of the Grateful Dead.

Encompassing the sounds of five continents and several centuries, Ratliff’s book is an artful work of criticism and a lesson in open-mindedness. It is a definitive field guide to our radically altered musical habitat.

"In this insightful guide to contemporary music appreciation, genre limitations are off the table …Ratliff’s scholarship shines; there’s a lot to be said for a book on music appreciation that can draw apt parallels between DJ Screw and Bernstein’s rendition of Mahler’s ninth symphony." —Publishers Weekly 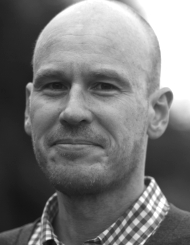 Ben Ratliff has been a jazz and pop critic for The New York Times since 1996. He has written three books: The Jazz Ear: Conversations Over Music (2008); Coltrane: The Story of a Sound (2007, finalist for the National Book Critics Circle Award); and Jazz: A Critic's Guide to the 100 Most Important Recordings (2002). He lives with his wife and two sons in the Bronx. 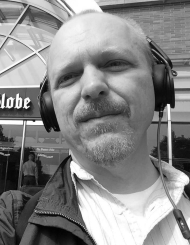 Steve Smith is an assistant arts editor for The Boston Globe, covering visual arts, classical music, and pop music. He joined the Globe in 2014. A graduate of Trinity University in San Antonio, Smith was a music editor at Time Out New York for 13 years, and spent seven of those years also working a freelance stringer covering classical music for The New York Times.