The Only Woman in the Room:
Why Science Is Still a Boys' Club

Harvard Book Store  and WAM: Women, Action & the Media welcome EILEEN POLLACK, author of the bestselling book Breaking and Entering, for a discussion of her latest book, The Only Woman in the Room: Why Science Is Still a Boys' Club.

In 2005, when Lawrence Summers, then president of Harvard, asked why so few women, even today, achieve tenured positions in the hard sciences, Eileen Pollack set out to find the answer. A successful fiction writer, Pollack had grown up in the 1960s and ’70s dreaming of a career as a theoretical astrophysicist. Denied the chance to take advanced courses in science and math, she nonetheless made her way to Yale. There, despite finding herself far behind the men in her classes, she went on to graduate summa cum laude, with honors, as one of the university’s first two women to earn a bachelor of science degree in physics. And yet, isolated, lacking in confidence, starved for encouragement, she abandoned her ambition to become a physicist.

Years later, spurred by the suggestion that innate differences in scientific and mathematical aptitude might account for the dearth of tenured female faculty at Summer’s institution, Pollack thought back on her own experiences and wondered what, if anything, had changed in the intervening decades.

Based on six years interviewing her former teachers and classmates, as well as dozens of other women who had dropped out before completing their degrees in science or found their careers less rewarding than they had hoped, The Only Woman in the Room is a bracingly honest, no-holds-barred examination of the social, interpersonal, and institutional barriers confronting women—and minorities—in the STEM fields. This frankly personal and informed book reflects on women’s experiences in a way that simple data can’t, documenting not only the more blatant bias of another era but all the subtle disincentives women in the sciences still face.

The Only Woman in the Room shows us the struggles women in the sciences have been hesitant to admit, and provides hope for changing attitudes and behaviors in ways that could bring far more women into fields in which even today they remain seriously underrepresented. 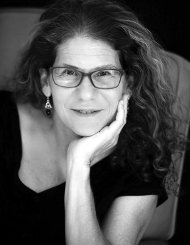 Eileen Pollack is the author of two previous novels, two story collections, and two books of nonfiction, and has received fellowships from the National Endowment for the Arts, the Michener Foundation and the Rona Jaffe Foundation. Her work has been included in both the Best American Short Stories and the Best American Essays series. Pollack has been a professor at the Helen Zell MFA Program at the University of Michigan since 1999, and was a director of the program for five years. She now divides her time between Ann Arbor and Manhattan.