The Idiot:
A Novel

Harvard Book Store welcomes New Yorker staff writer ELIF BATUMAN, the award-winning author of The Possessed: Adventures with Russian Books and the People Who Read Them, for a reading from her debut novel, The Idiot.

A portrait of the artist as a young woman. A novel about not just discovering but inventing oneself.

The year is 1995, and email is new. Selin, the daughter of Turkish immigrants, arrives for her freshman year at Harvard. She signs up for classes in subjects she has never heard of, befriends her charismatic and worldly Serbian classmate, Svetlana, and, almost by accident, begins corresponding with Ivan, an older mathematics student from Hungary. Selin may have barely spoken to Ivan, but with each email they exchange, the act of writing seems to take on new and increasingly mysterious meanings.

At the end of the school year, Ivan goes to Budapest for the summer, and Selin heads to the Hungarian countryside, to teach English in a program run by one of Ivan's friends. On the way, she spends two weeks visiting Paris with Svetlana. Selin's summer in Europe does not resonate with anything she has previously heard about the typical experiences of American college students, or indeed of any other kinds of people. For Selin, this is a journey further inside herself: a coming to grips with the ineffable and exhilarating confusion of first love, and with the growing consciousness that she is doomed to become a writer.

With superlative emotional and intellectual sensitivity, mordant wit, and pitch-perfect style, Batuman dramatizes the uncertainty of life on the cusp of adulthood. Her prose is a rare and inimitable combination of tenderness and wisdom; its logic as natural and inscrutable as that of memory itself. The Idiot is a heroic yet self-effacing reckoning with the terror and joy of becoming a person in a world that is as intoxicating as it is disquieting. Batuman's fiction is unguarded against both life's affronts and its beauty—and has at its command the complete range of thinking and feeling which they entail.

“Wonderful first novel . . . Batuman updates the grand tour travelogue just as she does the epistolary novel and the novel of ideas, in prose as deceptively light as it is ambitious. One character wonders whether it’s possible ‘to be sincere without sounding pretentious,’ and this long-awaited and engrossing novel delivers a resounding yes."—Publishers Weekly, starred review

"Not since Don Quixote has a quest for love gone so hilariously and poignantly awry. In spare, unforgettable prose, Batuman the traveller (to Harvard, to mysterious Hungary) recreates for the reader the psychic state of being a child entering language. We marvel and tremble with her at the impossibility and mysterious necessity for human connection that both makes life worthwhile and yet so often strands us all in torment. This book is a bold, unforgettable, un-put-downable read by a new master stylist. Best novel I've read in years." —Mary Karr, author of The Art of Memoir, Lit, and The Liars’ Club

"The Idiot is a hilariously mundane immersion into a world that has never before received the 19th Century Novel treatment. An addictive, sprawling epic; I wolfed it down." —Miranda July, author of The First Bad Man and It Chooses You

"Elif Batuman surely has one of the best senses of humour in American letters. The pleasure she takes in observing the eccentricities of each of her characters makes for a really refreshing and unique bildungsroman: one more fascinated with what’s going on around and outside the bewildered protagonist, than what’s going on inside her." —Sheila Heti, author of How Should a Person Be? and Ticknor 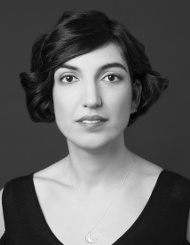 Elif Batuman has been a staff writer at The New Yorker since 2010. She is the author of The Possessed: Adventures with Russian Books and the People Who Read Them. The recipient of a Whiting Writers' Award, a Rona Jaffe Foundation Writers' Award, and a Paris Review Terry Southern Prize for Humor, she also holds a PhD in comparative literature from Stanford University. The Idiot is her first novel. She lives in Brooklyn, NY.