Somewhere Sisters:
A Story of Adoption, Identity,
and the Meaning of Family

in conversation with INDIGO WILLING

Harvard Book Store’s Virtual Event Series welcomes ERIKA HAYASAKI, journalist and professor at the University of California, Irvine, for a discussion of her new book Somewhere Sisters: A Story of Adoption, Identity, and the Meaning of Family. She will be joined in conversation by INDIGO WILLING—sociologist and co-editor of Adoption and Multiculturalism (with Jenny Wills and Tobias Hubinette) and contributor for Vietnamese.Adopted: A Collection of Voices, and founder of Adopted Vietnamese International (AVI).

While payment is not required, we are suggesting a $5 contribution to support this author series, our staff, and the future of Harvard Book Store—a locally owned, independently run Cambridge institution. In addition, by purchasing a copy of Somewhere Sisters on harvard.com, you support indie bookselling and the writing community during this difficult time.

The twins were born in Nha Trang, Vietnam, in 1998, where their mother struggled to care for them. Hà was taken in by their biological aunt, and grew up in a rural village, going to school, and playing outside with the neighbors. They had sporadic electricity and frequent monsoons. Hà’s twin sister, Loan, spent time in an orphanage before a wealthy, white American family adopted her and renamed her Isabella. Isabella grew up in the suburbs of Chicago, with a nonbiological sister, Olivia, also adopted from Vietnam. Isabella and Olivia attended a predominantly white Catholic school, played soccer, and prepared for college.

But when Isabella’s adoptive mother learned of Isabella’s biological twin back in Vietnam, all of their lives changed forever. Award-winning journalist Erika Hayasaki spent years and hundreds of hours interviewing each of the birth and adoptive family members and tells the girls’ incredible story from their perspectives, challenging conceptions about adoption and what it means to give a child a good life. Hayasaki contextualizes the sisters’ experiences with the fascinating and often sinister history of twin studies, the nature versus nurture debate, and intercountry and transracial adoption, as well as the latest scholarship and conversation surrounding adoption today, especially among adoptees.

For readers of All You Can Ever Know and American Baby, Somewhere Sisters is a richly textured, moving story of sisterhood and coming-of-age, told through the remarkable lives of young women who have redefined the meaning of family for themselves.

"Somewhere Sisters is stirring and unforgettable — a breathtaking adoption saga like no other; a provocative exploration into the ideas of family and belonging; and a deeply meaningful meditation on what makes us who we are and what connects us to one another.”―Robert Kolker, New York Times-bestselling author of Hidden Valley Road and Lost Girls

“Somewhere Sisters is a heartbreaking, many times maddening tale of three adoptees, two of whom are twins separated at birth, who find themselves at the intersection of nature and nurture, fighting against fate and circumstance to carve out their own destinies. Seamlessly weaving historical context with brilliant reportage, Hayasaki delivers an incisive and poignant exploration of the world of transracial adoption and twinship, bearing witness to the profound struggles of those caught between two worlds, trying to define themselves.” ―Ly Tran, author of House of Sticks

"Deeply researched, artfully woven, and lyrically written, Somewhere Sisters explores the harsh reality behind international transracial adoption. Hayasaki is a master storyteller, and her compassion for her subjects is evident on every page. Her meticulous exploration into the dark legacy of nature-nurture studies, American saviorism, and the science of attachment is a powerful addition to our understanding of the lifelong impact of adoption."―Gabrielle Glaser, author of the New York Times notable book American Baby 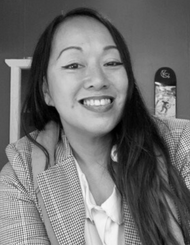 Dr. Indigo Willing (she/her) is a sociologist, research consultant and community volunteer. She currently lives in Meanjin on the land of the Jagera and Turrbal Peoples. Her theoretical and empirical work examines issues of power, social change and representation. Her research and community work creates bridges between academia and community sectors, and spans a number of social worlds that reflect her own diverse background and lived experiences. She is the founder of the Adopted Vietnamese International (AVI) community. AVI was founded in April 2000 on the 25th anniversary of the Vietnam War and for over 20 years has run various initiatives to keep adopted Vietnamese feel connected with their history and each other. 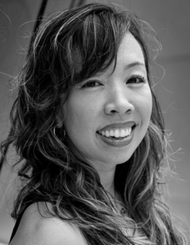 Erika Hayasaki is a journalist based in Southern California, the author of The Death Class, and a professor in the literary journalism program at the University of California, Irvine. A former Los Angeles Times national correspondent, her writing has appeared in the New York Times Magazine, the Atlantic, Wired, and other publications. She has been a Knight-Wallace Reporting Fellow and an Alicia Patterson Fellow and has received awards and recognition from the American Association of Sunday and Feature Editors, the Society for Features Journalism, the American Society of Newspaper Editors, and The Best American Science and Nature Writing 2019. She is the mother of a daughter and twin boys.