Harvard Book Store is excited to welcome award-winning novelist, and one of The New Yorker's 20 Under 40 fiction writers, GARY SHTEYNGART, as he reads from his most recent book, Super Sad True Love Story, just out in paperback.

In the near future, America is crushed by a financial crisis and our patient Chinese creditors may just be ready to foreclose on the whole mess. Then Lenny Abramov, son of an Russian immigrant janitor and ardent fan of “printed, bound media artifacts” (aka books), meets Eunice Park, an impossibly cute Korean American woman with a major in Images and a minor in Assertiveness. Could falling in love redeem a planet falling apart?

"Gary Shteyngart’s wonderful new novel, Super Sad True Love Story, is a supersad, superfunny, superaffecting performance—a book that not only showcases the ebullient satiric gifts he demonstrated in his entertaining 2002 debut, The Russian Debutante’s Handbook, but that also uncovers his abilities to write deeply and movingly about love and loss and mortality. It’s a novel that gives us a cutting comic portrait of a futuristic America, nearly ungovernable and perched on the abyss of fiscal collapse, and at the same time it is a novel that chronicles a sweetly real love affair as it blossoms from its awkward, improbable beginnings." —The New York Times

"It's a high-wire act, pulling off a novel that's simultaneously so biting and so compassionate, and in his earlier books Shteyngart, while unfailingly shrewd and funny, wasn't always this tender. Super Sad True Love Story is indeed a sadder, and also a better, book." —Salon.com 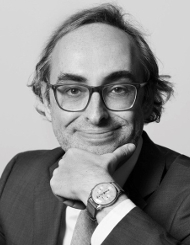 Gary Shteyngart is the New York Times bestselling author of the memoir Little Failure (a National Book Critics Circle Award finalist) and the novels Super Sad True Love Story (winner of the Bollinger Everyman Wodehouse Prize), Absurdistan, and The Russian Debutante’s Handbook (winner of the Stephen Crane Award for First Fiction and the National Jewish Book Award for Fiction). His books regularly appear on best-of lists around the world and have been published in thirty countries.

Online ticket sales for this event have ended. Tickets are still available at Harvard Book Store and by phone at 617-661-1515. Tickets purchased online can be picked up when the doors open at the Brattle Theatre, around 5:30pm on Wednesday, May 18.