Spooky Action at a Distance:
The Phenomenon That Reimagines Space and Time—and What It Means for Black Holes, the Big Bang, and Theories of Everything

Harvard Book Store welcomes GEORGE MUSSER, contributing editor for Scientific American and author of The Complete Idiot's Guide to String Theory, for the paperback release of his book, Spooky Action at a Distance: The Phenomenon That Reimagines Space and Time—and What It Means for Black Holes, the Big Bang, and Theories of Everything.

About Spooky Action at a Distance

What is space? Space is the venue of physics; it's where things exist, where they move and take shape. Yet over the past few decades, physicists have discovered a phenomenon that operates outside the confines of space and time: nonlocality—the ability of two particles to act in harmony no matter how far apart they may be. If space isn't what we thought it was, then what is it?

In Spooky Action at a Distance, the award-winning journalist George Musser sets out to answer that question. He guides us on an epic journey into the lives of experimental physicists observing particles acting in tandem, astronomers finding galaxies that look statistically identical, and cosmologists hoping to unravel the paradoxes surrounding the big bang. He traces the contentious debates over nonlocality through major discoveries and disruptions of the twentieth century and shows how scientists faced with the same undisputed experimental evidence develop wildly different explanations for that evidence. Their conclusions challenge our understanding of the origins of the universe—and they suggest a new grand unified theory of physics.

“Accessible and imaginative . . . Clarity and humor illuminate Musser’s writing, and he adroitly captures the excitement and frustration involved in investigating the mysteries of our universe.” —Publishers Weekly

“With clever metaphors and dry humor, acclaimed science communicator George Musser is the perfect tour guide on this wild ride through wormholes and emergent dimensions to the cutting edge of physics. This quest to understand the ultimate nature of space may forever transform how you think about the very fabric of reality.” —Max Tegmark, physicist and author of Our Mathematical Universe

“Modern physics is in the process of dismantling the very space all around us, and the universe will never be the same. In this engaging book, George Musser leads us through the thickets of science and philosophy and takes us to the brink of a very different view of the world.” —Sean Carroll, theoretical physicist at the California Institute of Technology and author of The Particle at the End of the Universe 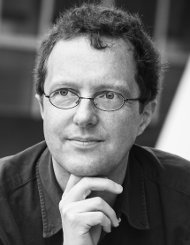 George Musser is an award-winning journalist, a contributing editor for Scientific American, and the author of The Complete Idiot's Guide to String Theory. He is the recipient of a Jonathan Eberhart Planetary Sciences Journalism Award from the American Astronomical Society and the 2011 American Institute of Physics Science Communication Award for Science Writing. He was a Knight Science Journalism fellow at MIT from 2014 to 2015. He has appeared on Today, CNN, NPR, the BBC, Al Jazeera, and other outlets. He lives in Glen Ridge, New Jersey, with his wife and daughter.