While payment is not required, we are suggesting a $5 contribution to support this author series, our staff, and the future of Harvard Book Store—a locally owned, independently run Cambridge institution. In addition, by purchasing a copy of The Annotated Mrs. Dalloway on harvard.com—now 20% off for Book Circle members on harvard.com through September 19th—you support indie bookselling and the writing community during this difficult time.

About The Annotated Mrs. Dalloway

“Mrs. Dalloway said she would buy the flowers herself.” So begins Virginia Woolf’s much-beloved fourth novel. First published in 1925, Mrs. Dalloway has long been viewed not only as Woolf’s masterpiece, but as a pivotal work of literary modernism and one of the most significant and influential novels of the twentieth century. In this visually powerful annotated edition, acclaimed Oxford don and literary critic Merve Emre gives us an authoritative version of this landmark novel, supporting it with generous commentary that reveals Woolf’s aesthetic and political ambitions—in Mrs. Dalloway and beyond—as never before.

Mrs. Dalloway famously takes place over the course of a single day in late June, its plot centering on the upper-class Londoner Clarissa Dalloway, who is preparing to throw a party that evening for the nation’s elite. But the novel is complicated by Woolf’s satire of the English social system, and by her groundbreaking representation of consciousness. The events of the novel flow through the minds and thoughts of Clarissa and her former lover Peter Walsh and others in their circle, but also through shopkeepers and servants, among others. Together Woolf’s characters—each a jumble of memories and perceptions—create a broad portrait of a city and society transformed by the Great War in ways subtle but profound ways. No figure has been more directly shaped by the conflict than the disturbed veteran Septimus Smith, who is plagued by hallucinations of a friend who died in battle, and who becomes the unexpected second hinge of the novel, alongside Clarissa, even though—in one of Woolf’s many radical decisions—the two never meet.

Emre’s extensive introduction and annotations follow the evolution of Clarissa Dalloway—based on an apparently conventional but actually quite complex acquaintance of Woolf’s—and Septimus Smith from earlier short stories and drafts of Mrs. Dalloway to their emergence into the distinctive forms devoted readers of the novel know so well. For Clarissa, Septimus, and her other creations, Woolf relied on the skill of “character reading,” her technique for bridging the gap between life and fiction, reality and representation. As Emre writes, Woolf’s “approach to representing character involved burrowing deep into the processes of consciousness, and, so submerged, illuminating the infinite variety of sensation and perception concealed therein. From these depths, she extracted an unlimited capacity for life.” It is in Woolf’s characters, fundamentally unknowable but fundamentally alive, that the enduring achievement of her art is most apparent.

For decades, Woolf’s rapturous style and vision of individual consciousness have challenged and inspired readers, novelists, and scholars alike. The Annotated Mrs. Dalloway, featuring 150 illustrations, draws on decades of Woolf scholarship as well as countless primary sources, including Woolf’s private diaries and notes on writing. The result is not only a transporting edition of Mrs. Dalloway, but an essential volume for Woolf devotees and an incomparable gift to all lovers of literature.

Praise for The Annotated Mrs. Dalloway

“I spent many happy hours lost in The Annotated Mrs. Dalloway. The meticulously researched comments and range of illustrations enrich our understanding of Woolf’s masterpiece and of Clarissa Dalloway’s vanished world, and Merve Emre’s brilliant Introduction connects elements of the author’s life with her vision and her art in new and profoundly insightful ways. A gorgeous book and an all-round cause for celebration.” —Sigrid Nunez

“Possibly the ultimate tribute anyone can pay to a great novel is to excavate it from its time and circumstances—to dig around it with the care of an archeologist; to follow its roots to their beginnings while respecting the magic and mystery of the object itself. Merve Emre’s The Annotated Mrs. Dalloway is a remarkable act of excavation. By illuminating the otherwise invisible points at which Virginia Woolf’s life and mind crossed wires with the writing of the novel, Emre serves to deepen our wonder at Mrs. Dalloway, and at the phenomenon of genius itself.” —Michael Cunningham

“I am tempted to say ‘at last, the Mrs. Dalloway we deserve’―but let’s face it, this Mrs. Dalloway is way better than we deserve. Merve Emre’s wide-ranging, rigorous, illuminating, and affecting annotations, alongside the generous and brilliantly curated illustrations, shine new light on Woolf’s London, Mrs. Dalloway’s consciousness, and the tragedy of Septimus Smith." —Elif Batuman 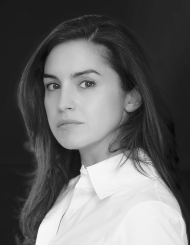 Merve Emre is Associate Professor of English Literature at the University of Oxford. She is the author and editor of several books, including The Personality Brokers, which was selected as one of the best books of 2018 by many US and UK publications and adapted as the 2021 HBO documentary feature film Persona. She is a 2020 fellow of the Wissenschaftskolleg zu Berlin and a regular contributor to The New Yorker and The New York Review of Books.


The Harvard Square Book Circle is Harvard Book Store's monthly book discussion group. We read a wide range of contemporary and classic literature, both fiction and nonfiction. The Book Circle typically meets the last Monday of the month, at 7pm in the bookstore. Meetings last about one hour. Registration is not required and no commitment is necessary. We always welcome new participants.

If you are interested in receiving the Book Circle's e-mail list, which provides updates and reminders about upcoming meetings, send us a message at bookcircle@harvard.com.