The Empathy Effect:
Seven Neuroscience-Based Keys for Transforming the Way We Live, Love, Work, and Connect Across Differences

About The Empathy Effect

Empathy is undergoing a new evolution. In a global and interconnected culture, we can no longer afford to identify only with people who seem to be a part of our “tribe.” As Dr. Helen Riess of Harvard Medical School has learned, our capacity for empathy is not just an innate trait—it is also a skill that we can learn and expand. With The Empathy Effect, the leading researcher presents a groundbreaking teaching book to help us learn essential skills for transforming the way we relate to others in any situation.

“Nourishing empathy lets us help not just ourselves,” says Dr. Riess, “but also everyone we interact with, whether for a moment or a lifetime.” Drawing from her empathy training curricula now used internationally in health care, business, and education, she takes us step by step through her EMPATHY program. Here you’ll learn to enhance empathic behavior in yourself and others; recognize and reverse dehumanization and scapegoating tactics; practice empathy at work, home, and in everyday settings; discover ways to build empathy in groups and leadership positions; and much more.

About Empathy: A History

Empathy: A History tells the fascinating and largely unknown story of the first appearance of “empathy” in 1908 and tracks its shifting meanings over the following century. Despite empathy’s ubiquity today, few realize that it began as a translation of Einfühlung or “in-feeling” in German psychological aesthetics that described how spectators projected their own feelings and movements into objects of art and nature.

Remarkably, this early conception of empathy transformed into its opposite over the ensuing decades. Social scientists and clinical psychologists refashioned empathy to require the deliberate putting aside of one’s feelings to more accurately understand another’s. By the end of World War II, interpersonal empathy entered the mainstream, appearing in advice columns, popular radio and TV, and later in public forums on civil rights. Even as neuroscientists continue to map the brain correlates of empathy, its many dimensions still elude strict scientific description.

This meticulously researched book uncovers empathy’s historical layers, offering a rich portrait of the tension between the reach of one’s own imagination and the realities of others’ experiences.

Praise for The Empathy Effect

“Through story and science, Dr. Helen Riess describes an understated but pivotal emotion: empathy. We learn how our glances, posture, and tone of voice can envelop or isolate—can create healthy children, great workplaces, and inspiring political leadership, or promote cyber-bullying, lawsuits, and social disorder. The Empathy Effect is a must-read for anyone interested in understanding relationships, from the personal to the political.” —Barbara Bradley Hagerty author of Life Reimagined: The Science, Art, and Opportunity of Midlife

“Empathy has always been a secret strength of the healer’s art. In The Empathy Effect, Dr. Helen Riess, a compassionate physician herself, updates this ancient tool, making it a practical and accessible skill for anyone in the healing professions—and everyone else too.” —Daniel Goleman, author of Emotional Intelligence

“The Empathy Effect offers us a deep dive into one of the most important human capacities—to sense, understand, and care about others. In a time when compassion is often in short supply, our eloquent guide reveals the science of how empathy and compassion overlap and shows us the key ingredients to cultivating both in our lives. Built upon years of practical applications and scientific studies, this book is a timely gift for humanity.” —Daniel J. Siegel, MD, author of Aware: The Science and Practice of Presence and Mindsight

Praise for Empathy: A History

“Susan Lanzoni reveals the little-known roots and reach of 'empathy,' particularly its richness as a lens on the arts. An eye-opener for anyone with an interest in empathy, particularly those in the behavioral and brain sciences, whose understanding of the concept will be expanded in astonishing ways.” —Daniel Goleman, author of Emotional Intelligence

“Highly impressive . . . this lucid and generously case-based book gave me a distinctly different understanding of empathy and its role in scientific explorations, like emotion theory and neuron research, as well as in everyday social relations.” —Jill Morawski, Wesleyan University

“Susan Lanzoni’s dive into the history and use of empathy—in aesthetics, ethics, politics and now neurobiology—has produced a book that is both deep and wide. Few concepts have exerted such power. This is a crucial study, now more than ever.” —Peter Galison, Harvard University 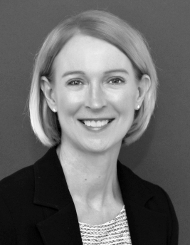 Helen Riess, MD, is an associate clinical professor of psychiatry at Harvard Medical School. Co-founder and chief scientist for Empathetics, her renowned E.M.P.A.T.H.Y. training curricula is used internationally in health care, business, and education. Dr. Riess’s work has been featured in the New York Times, TIME, NPR, HuffPost, JAMA, and more. Her TEDx Talk, The Power of Empathy, has received over 320,000 views. She lives in Boston, Massachusetts. 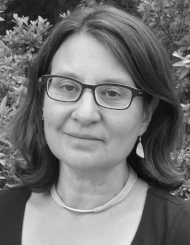 Susan Lanzoni is a historian of psychology, psychiatry, and neuroscience and teaches at Harvard’s School of Continuing Education. Her work has been featured in the Atlantic and American Scientist and on Cognoscenti on WBUR, Boston’s NPR station. She lives in Cambridge, MA.