My Crazy Century:
A Memoir

in conversation with RICHARD HOFFMAN

Harvard Book Store and PEN New England are pleased to welcome renowned Czech novelist and playwright IVAN KLÍMA for a discussion of his memoir, My Crazy Century, in conversation with Richard Hoffman, Senior Writer in Residence at Emerson College.

In his intimate autobiography, spanning six decades that included war, totalitarianism, censorship, and the fight for democracy, Ivan Klíma reflects back on his remarkable life and this critical period of twentieth-century history.

Klíma’s story begins in the 1930s on the outskirts of Prague where he grew up unaware of his concealed Jewish heritage. It came as a surprise when his family was transported to the Terezín concentration camp—and an even greater surprise when most of them survived. They returned home to a city in economic turmoil and falling into the grip of Communism. Against this tumultuous backdrop, Klíma discovered his love of literature and matured as a writer. But as the regime further encroached on daily life, arresting his father and censoring his work, Klíma recognized the party for what it was: a deplorable, colossal lie. The true nature of oppression became clear to him and many of his peers, among them Josef Škvorecký, Milan Kundera, and Václav Havel. From the brief hope of freedom during the Prague Spring of 1968 to Charter 77 and the eventual collapse of the regime in 1989’s Velvet Revolution, Klíma’s revelatory account provides a profoundly rich personal and national history.

"My Crazy Century is the prizewinning memoir of a writer who, deprived of freedom for much of this life, never ceased to be free in his imagination, creativity, and art. Neither Nazi nor Communist rulers could rob Ivan Klíma of his amazing ability—and fierce determination—to distill drops of truth from the sea of experience. Klíma was a witness, and participant, in the most dramatic events in twentieth century Europe. This is his story, brilliantly, wittily and poignantly told." —Madeleine Albright

"The author relates [his story] with a mordant humor and a limpid prose that registers both the overt fear that repression engenders and the subtler moral corruptions it works in victims and perpetrators. . . . Klíma’s searching exploration of a warped era is rich in irony—and dogged hope." —Publishers Weekly

"A candid, illuminating memoir of a man who retained his humanity in inhumane times, and used the light of reason to resist an absurdist regime. Klíma’s account of living in the shadow of censorship and in the spotlight of Cold War events gives us intimate insight into the vicissitudes of literature in ‘the Other Europe,’ and the exceptional courage required of writers in repressive epochs to speak simple truths to capricious power." —Eva Hoffman 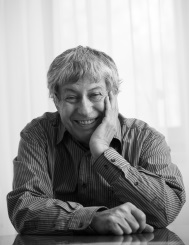 Ivan Klíma was born in Prague in 1931. He is the award-winning author of over 20 novels, including Waiting for the Dark, Waiting for the Light, No Saints or Angels, The Ultimate Intimacy, and Lovers for a Day—all New York Times Notable Books of the Year. 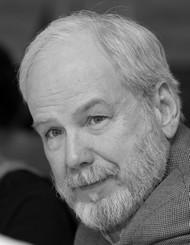 Richard Hoffman is author of the memoir Half the House, and three poetry collections: Without Paradise, Gold Star Road, winner of the 2006 Barrow Street Press Poetry Prize and the 2008 Sheila Motton Award from the New England Poetry Club, and Emblem. A fiction writer as well, his Interference & Other Stories was published in 2009. Past chair of PEN New England, he is Senior Writer in Residence at Emerson College.

Online ticket sales have now ended. Tickets are still available at Harvard Book Store and over the phone at 617-661-1515 until 4pm. Remaining tickets will be on sale at the door of the Brattle Theatre when we open doors at about 5:30.